I stood outside of John's hospital room and took a deep breath. Our interactions during my morning pre-rounds were strained. I think he knew how badly I felt for him.

Previously healthy, John was a 20-year-old Black man who presented three months ago with acute cardiogenic shock due to fulminant myocarditis and required urgent listing for heart transplantation. The transplant went smoothly and he was discharged after just a few weeks in the hospital. However, in the weeks that followed he developed a mysterious leukocytosis and abdominal pain of unclear etiology that forced him back into the hospital for an extensive workup. CT scans, serologies, biopsies, and multiple consultant teams were unable to determine the cause of his symptoms and laboratory abnormality. 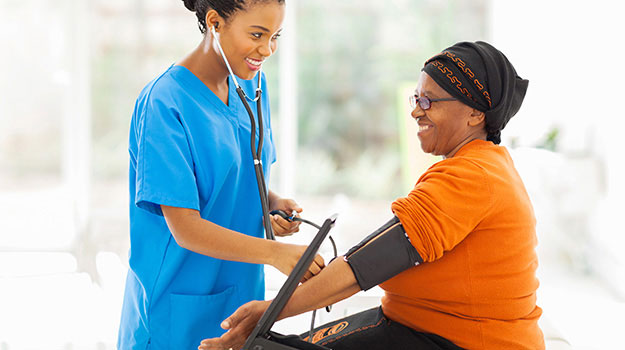 As John's workup escalated, his mood deteriorated. His mother - a single mom with another young son with special needs and a full-time job - was unable to travel from the South Side of Chicago to visit him, so he spent many of his days in solitude. He had just enrolled in pharmacy school but his illness prevented him from completing his coursework. Images of police brutality against young Black men flashed across the TV screens all day, as us doctors looked away and told ourselves we were focused on healing. I could not imagine the weight of what he was going through, his loneliness, his fears about what lay ahead. "Hi, John," I would say as I donned my blue plastic hospital gown, creating yet another layer between us. "How are you feeling today?" He looked out the window. "Get me out of here."

It was Monday, a switch day for our attendings, and my first time rounding with Dr. O. Dr. O was known for many things - his ability to make rounds both efficient and educational, his knowledge of transplantation and cardiomyopathies, his advocacy for complicated patients who had been labeled as "socially complex." He also happened to be Black.

We stood outside John's room as I briefed Dr. O on the events over the past few weeks. I reviewed the labs, antibiotics and consultant recommendations. "He's…depressed," I said. We opened the door to the familiar scene: John, eyes flat, thin, staring out the window. He turned to us, and for the first time in too long I saw light. "Dr. O!" he cried. "John," Dr. O smiled. "You just couldn't stay away, could you? Like the food here too much?" "Oh, man, you know it." They exchanged a handshake. I watched, at first feeling bewilderment, then jealousy, then awe.

We sat on each side of John's bed. Dr. O asked John about his mother, what music he was listening to and his studies. It was a warm exchange, like they were family. "You studying hard?" he asked. "Can't give up now, just cause you're in here." "I know, Dr. O. I know." I wondered how many times Dr. O had thought about giving up on his path to medicine. About the obstacles he may have faced, about how different our journeys may have been.

There is no doubt that medicine generally, and cardiology specifically, benefits from a diverse workforce. Heterogeneous racial, ethnic, socioeconomic and cultural backgrounds bring new perspectives and ideas that not only enrich academic environments but enhance patient care. Tragically, studies have consistently shown that Black patients receive worse quality of care than their white counterparts: they receive less information-giving, less partnership building, less participatory decision-making and positive talk, more negative talk, and shorter visits. We can and must investigate the reasons why patient-physician race concordance benefits Black patients, knowing that racism and cultural insensitivity play a role. But we can also witness it. The intangible, unmeasurable way that being cared for by someone who looks like you and can walk with you in your shoes makes you feel. The way that Dr. O brought his own humanity, and saw John's, at the bedside, in a way that I could not.

Dr. O and I rounded on John together for the rest of the week. Despite the continued arduous medical workup, John remained more positive than I had seen him in the weeks before. I learned about him and about Dr. O through observing their interactions. And although I will never be Dr. O, I became a better doctor to John because of him. At the end of the week, Dr. O said goodbye to his patient. "I'll see you in clinic. You'll get out of here soon." John looked at me and smiled, and his grin widened as he looked to Dr. O. On his face I saw gratitude, kinship, and also pride.