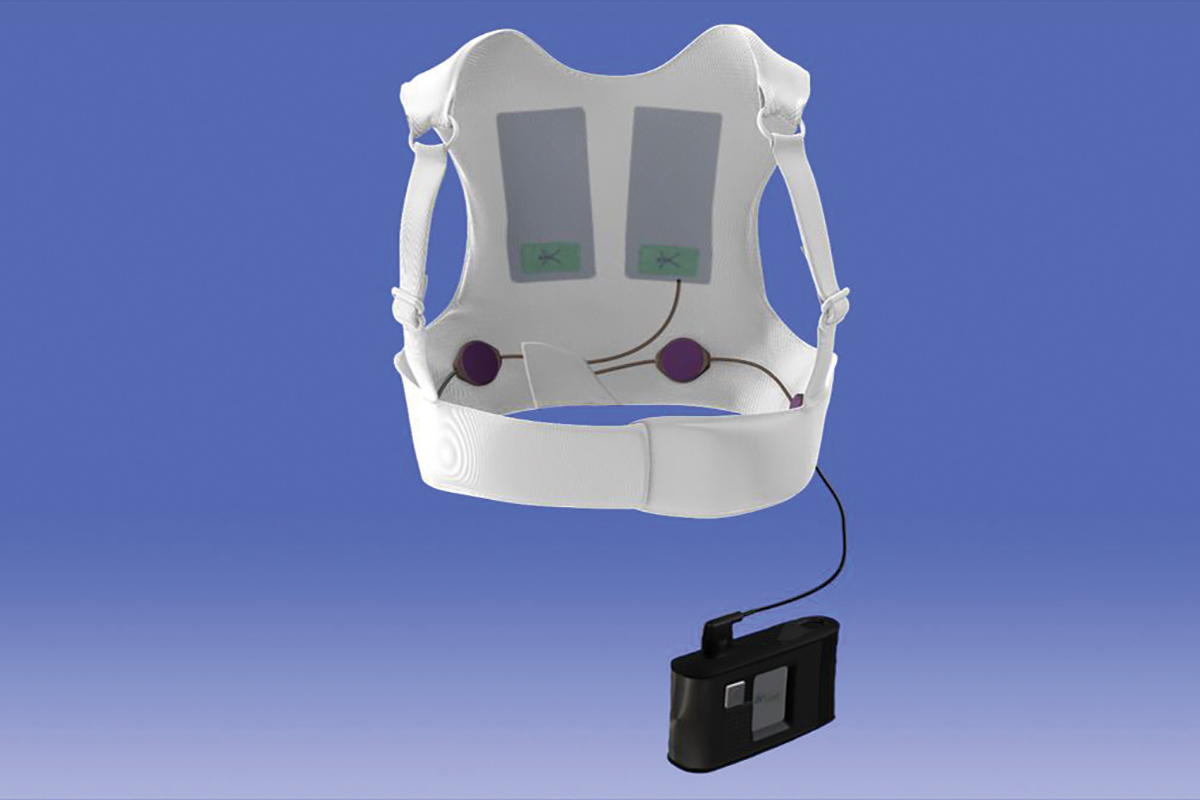 The U. S. Food and Drug Administration (FDA) in 2001 approved a medical device after its pivotal clinical trial demonstrated safety and efficacy in five out of seven patients who received treatment.1 For more than a decade, real-world observational studies with the medical device described varying interpretations of utility.

In 2018, 17 years after FDA approval, the results from the first randomized controlled trial of the medical device revealed negative results.2 To this day, this medical device continues to be prescribed, and, in certain institutions, has become the standard of care. This is the story of the LifeVest®, the only FDA-approved wearable cardioverter defibrillator (WCD) indicated to reduce the risk of sudden cardiac death (SCD) in patients with reduced left ventricular ejection fraction (LVEF) who have suffered an acute myocardial infarction (AMI).

Although ICDs were associated with a lower risk of SCD in these randomized trials, this was offset by the association with a high risk of non-SCD events. As a result, current guidelines from the ACC/AHA/HRS recommend ICD implantation for primary prevention of SCD in this population after a 40-day period of guideline-directed medical therapy (or 90 day period of guideline-directed medical therapy if revascularization is performed) (Figure 1).5 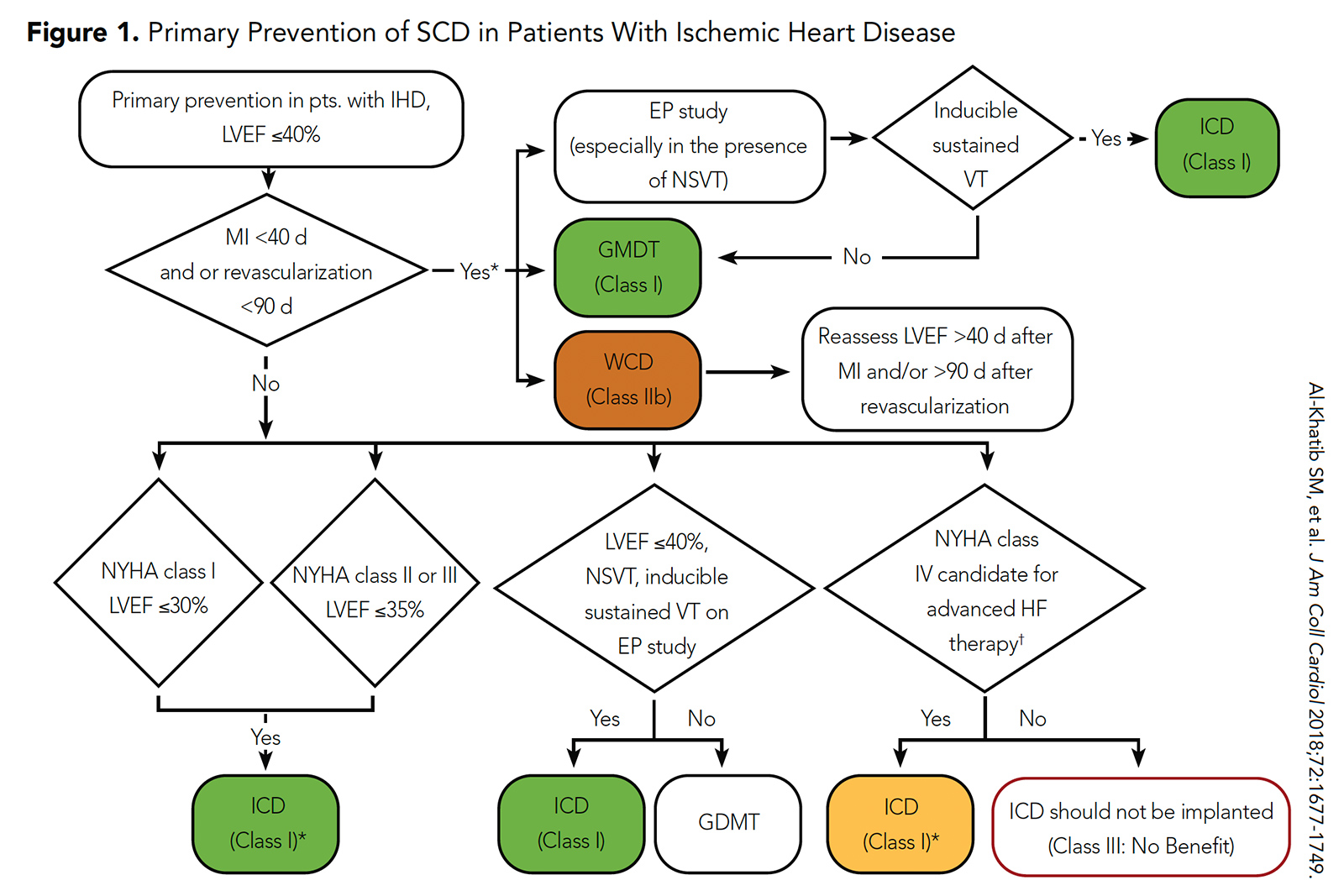 However, the risk of SCD in the immediate post-AMI period is highest in the first 30 days. The VALIANT trial enrolled 14,609 patients with an LVEF ≤40% after AMI and demonstrated that 7% of patients experienced sudden death or cardiac arrest over a two-year follow-up period. An alarming 19% of these deaths occurred in the first 30 days after AMI, and the risk was highest in patients with an LVEF ≤30% (2.3% per month).6

Taken together with the results of DINAMIT and IRIS, the outcomes from VALIANT indicated the need for a non-ICD strategy to protect patients against the occurrence of SCD. The WCD, which was already FDA approved at the time of these trials, appeared to be the perfect solution.

The currently available version of the WCD is the LifeVest from Zoll Medical Corporation.7 The device consists of a chest garment with two defibrillator pads positioned vertically along the back, a frontal belt containing a horizontally positioned defibrillator pad with electrodes that detect the heart rhythm, and a small monitor box that records the rhythms and contains the battery. Once activated, the LifeVest can provide the patient with three possible alarms: a gong alert that indicates attention is required to the monitor box; a vibration alert that indicates a lethal arrhythmia has been detected and that the WCD treatment sequence is activating; and a siren alert that indicates a shock is imminent. Immediately prior to the delivery of the shock, a blue gel is released from the three defibrillation pads onto the patient to improve contact for electrical conduction. The shocking vector is between the defibrillator pads on the back and the defibrillator pad in the frontal belt.

The real-world experience with the WCD has been described in numerous studies published from 2001 to 2018. One of the largest patient cohorts studied included 8,453 patients from the Zoll registry. In total, 133 patients (1.6%) received 309 appropriate shocks with 91% of shocks successful resuscitating the patient from a ventricular tachyarrhythmia (84% in nonrevascularized patients and 95% in revascularized patients). The median time from AMI to shock was 16 days, and 75% of shocks occurred in the month after AMI.8

The long-awaited VEST study was presented as a Late-Breaking Clinical Trial by the lead author Jeffrey E. Olgin, MD, FACC, at ACC.18, and eventually published in the New England Journal of Medicine. The goal of the VEST trial was to determine the efficacy of the WCD during the period before ICDs are indicated in patients who have had an MI and have a reduced LVEF. Over a nearly ten-year enrollment period, the trial randomized 2,302 patients with AMI and an LVEF ≤35% in a 2:1 ratio to WCD vs. no WCD. Analysis was conducted in an intention-to-treat fashion.

The results from VEST were notable for no significant difference in the primary composite outcome of sudden death or death from ventricular tachycardia or ventricular fibrillation at 90 days (arrhythmic death), which occurred in 1.6% of patients in the WCD group and in 2.4% of patients in the non-WCD group (relative risk [RR], 0.66; 95% confidence interval [CI], 0.37-121; p=0.18).

Notably, 43 patients (2.8%) in the WCD group never wore a device and 20 patients (2.6%) in the non-WCD group received the device outside the study; 10 patients in the WCD group (0.7%) and 15 patients in the non-WCD group (1.5%) were lost to follow-up, and two patients in each group (5% total) had insufficient data to determine the cause of sudden death. The authors expressed concerns that nonadherence of wearing the WCD in the WCD group may have reduced the power of the study, as the expected WCD wear time of 70% was only met in the first two weeks of the trial. Ultimately, the VEST trial was viewed as a negative study for the ability of the WCD to significantly reduce the risk of SCD in its target population.2 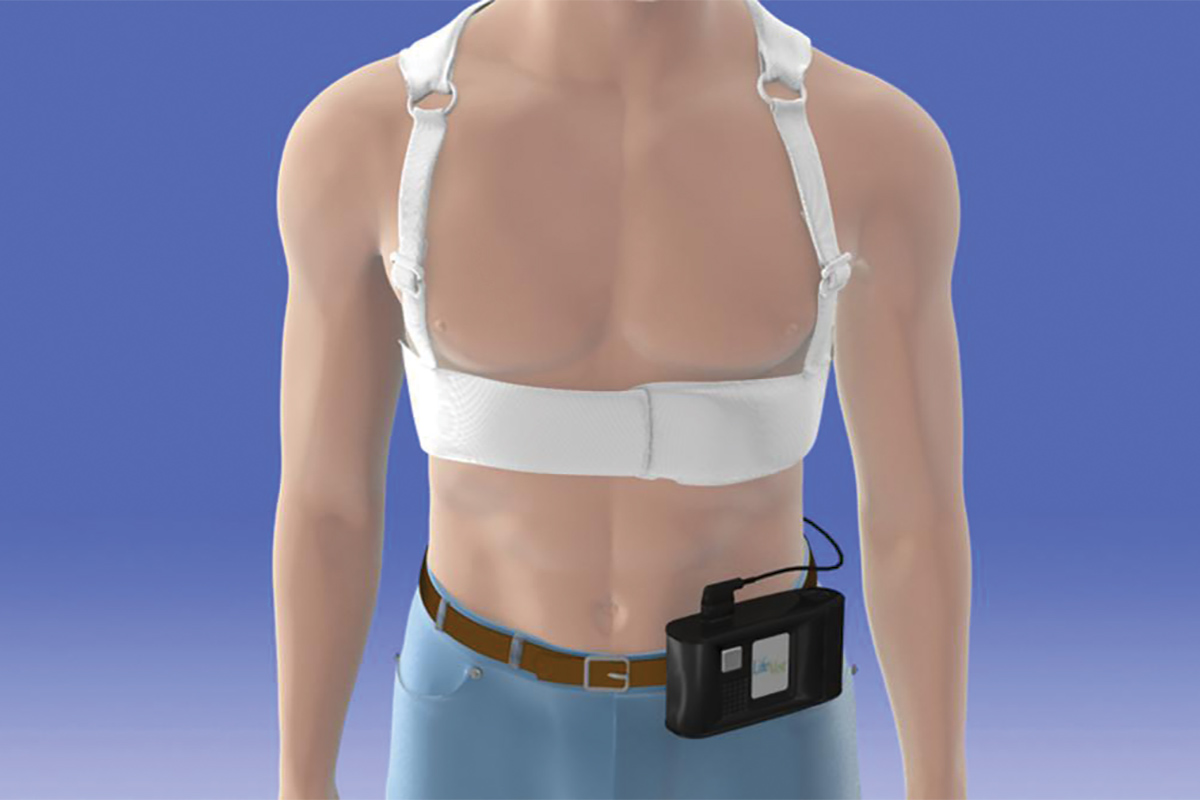 The second of these studies examined the mortality and costs associated with WCD use in 16,935 patients from Medicare claims data. The use of WCD was associated with a significant reduction in one-year mortality after AMI (19.8% vs. 11.5%; p=0.017), and this 8.3% reduction in absolute mortality corresponded to an incremental cost effectiveness ratio (ICER) of $12,373.11 In other words, the use of the WCD costs $12,373 to save a life in the first year after AMI. According to the ACC/AHA Statement on Cost/Value Methodology in Clinical Practice Guidelines and Performance Measures, the ICER for the WCD would be classified as a high value resource (ICER < $50,000).12

Although the journey for WCD acceptance has been circuitous, it has earned its place among the short list of modern day, lifesaving medical devices. Accordingly, in the most recent 2017 ACC/AHA/HRS guideline, the use of a WCD after AMI in patients with an LVEF ≤35% has been given a IIb recommendation (Figure 2).5

Like all therapies, the WCD is most effective when used as prescribed, but this requires continuous adherence for up to 90 days as well as constant attention towards the various device alarms that may become activated at any given moment. Developments are underway to improve the garments, monitors and overall patient experience, but adherence will likely limit the patient population who will actually benefit from this cumbersome device. In the meantime, it will remain up to the cardiologist to decide which patients are the most appropriate candidates to not only receive the LifeVest, but also wear it.

YOU ARE HERE: Home > Latest in Cardiology > The Wearable Cardioverter Defibrillator: A Life (Vest) of Controversy