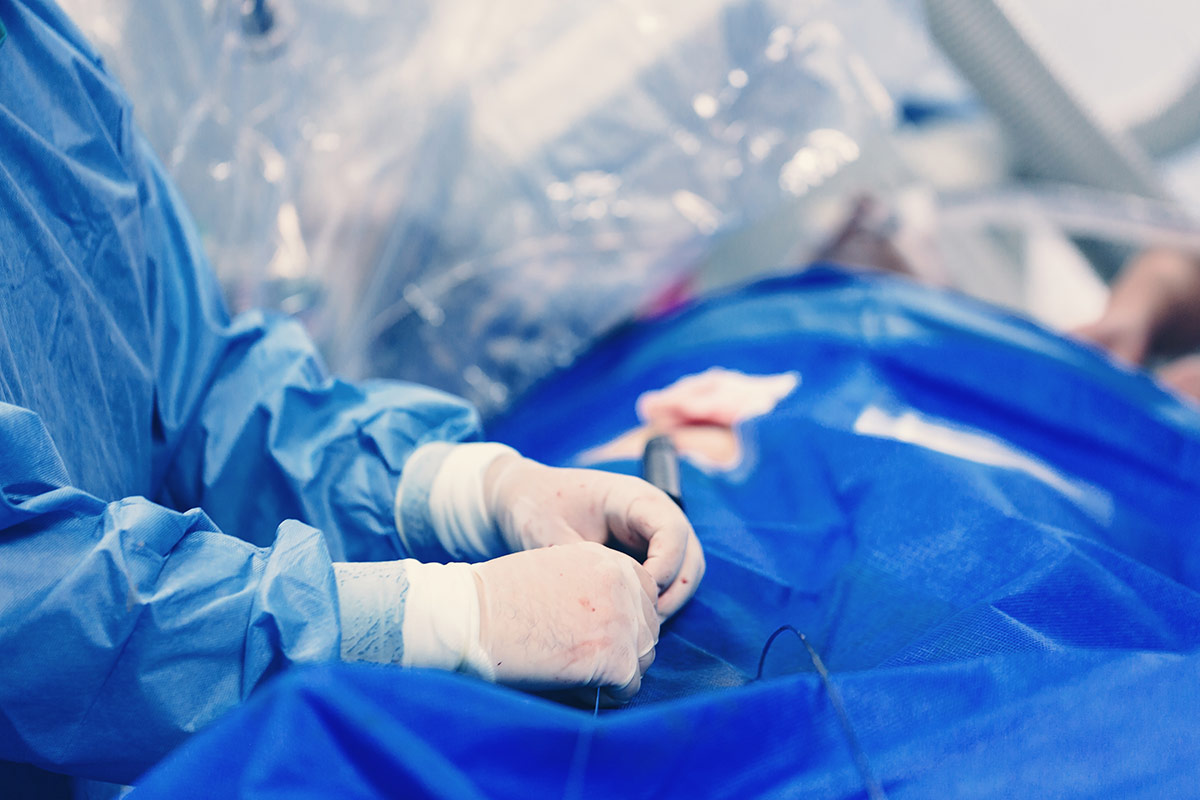 Lower extremity arterial revascularization can lead to a variety of complications, some of which are inherent to the nature of intervention. Arterial dissection is fundamental to percutaneous transluminal angioplasty (PTA). PTA results in fracturing of plaque, destruction of endothelial and subendothelial structures, rupture of the internal elastic lamina, medial trauma and adventitial stretch.1-3

Dissection is common and reported in some series post PTA in up to 84% of cases, with severe dissection (Grade C or greater) seen in 42%.4 They are more common after small vessel angioplasty and complex lesion intervention (TASC II C/D).4 Persistent dissection is associated with increased risk of target lesion revascularization (TLR). Even mild, long dissections or short, severe dissections will lead to higher rates of restenosis.5 Deep, adventitial injury post intervention is also associated with higher rates of TLR.6 Despite the advent of drug-coated balloon (DCB) technologies, larger dissection angles by IVUS seem to be associated with higher failure rates.7 The presence of significant dissection warrants alternative treatments for durable outcomes. 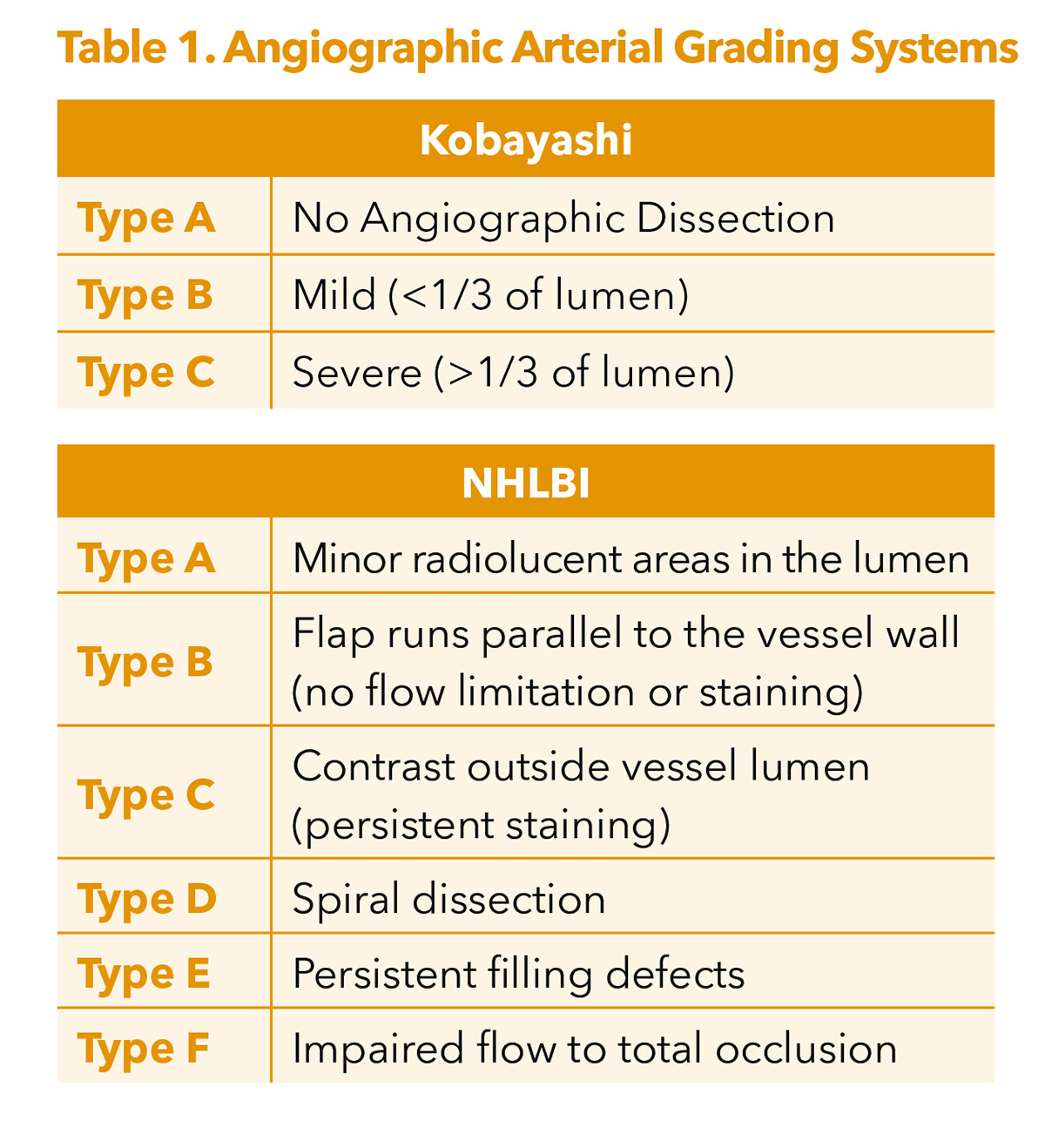 Commonly there are two ways to identify significant dissection in peripheral vessels: with angiography and with IVUS. Extravascular ultrasound (EVUS) lacks the resolution to adequately identify anything more than very severe dissections (usually very flow limiting). Other imaging technologies like optical coherence technology (OCT) are promising high-resolution tools, but lack far-field imaging that may be useful in deeper dissections.

The NHLBI grading system was originally developed for coronary arteries many years ago and has been applied inconsistently to infrainguinal pathologies.8 Kobayashi sought to simplify grading from this original framework.5

The problem with these angiographically derived dissection grading systems is that when IVUS is incorporated, there is very little consistency in distinguishing between mild and severe angiographic dissections, making them less reliable for predicting outcomes.9 IVUS has been previously shown to be much better at identifying dissections and also showing depth of penetration into intimal, medial and advential layers.10 As a result, the iDissection grading system has been proposed to better characterize infrainguinal lesions, grading dissections based on depth severity (A: intima; B: media; C: adventitia) as well as a dissection arc (1 <180°; 2 ≥180°).10,11 Within this classification, a Grade C2 dissection would have the highest severity.

The iDissection pilot study found four- to six- times more dissections over angiography alone and 40% had deep dissections not visible angiographically.11 However, this system does not incorporate other findings like the length of dissection or the presence of intramural hematoma, both of which can portend a worse prognosis.11 Visualization of the depth and severity of dissection can be enhanced with technologies like ChromaFlo (Philips), which adds a uniform hue to blood flow. Moreover, high frequency, rotational, mechanical IVUS catheters may offer better dissection resolution lost with lower frequency phased array systems.

Prolonged angioplasty historically has been the primary treatment modality for infrainguinal dissections, especially in areas where stenting is potentially less desirable (e.g., across joints and infrapopliteal vessels). Duration of angioplasty varies among operators and outcomes are heterogenous, but typically a >3-minute inflation has been proposed as a way to mitigate severe dissection.12 Use of scoring balloon angioplasty/focal force balloons may reduce frequency of significant dissection by use of controlled luminal/plaque expansion.13 The THUNDER study suggested higher TLR with grade C dissections, but DCB angioplasty may mitigate restenosis as long as the lesions are not flow-limiting.14

Multiple femoro-popliteal, above-the-knee (ATK), stenting strategies are currently available on the market, including drug-eluting stent (DES) platforms. These all work well when dissection is associated with significant recoil or are flow limiting. However, the chronic outward radial force and higher metal-to-tissue ratio may be associated with an intimal, hyperplastic response potentially with decreased patency and increased TLR. IVUS-guided sizing of the vessel may mitigate some of this outward force, but ultimately a long scaffold can impact normal vasomotor function.15 Biomimetic scaffolds like the woven, closed-cell Supera (Abbott) or the open-cell, helical Biomimics 3D (Veryan Medical) seek to reduce some of these effects, but ultimately still have challenges with significant nitinol coverage.

Infrapopliteal, below-the-knee (BTK), lesions tend to have fewer options. Coronary, balloon-expandable, DES have shown efficacy in the proximal third of the calf, but can be crushed when placed in lower segments.16 The bare-metal Micro-Stent (Micro Medical) is a biomimetic, woven scaffold currently in development and the STAND IDE trial recently completed enrollment. The SAVAL BTK stent (Boston Scientific) is a self-expanding, paclitaxel-eluting stent that recently completed enrollment of the Phase A IDE trial. The Espirit BTK stent (Abbott Vascular) is a bioresorbable, sirolimus-eluting scaffold with hybrid features between a balloon-expandable and self-expanding stent. The LIFE-BTK IDE trial is ongoing. While these technologies should work with infrapopliteal dissections, all of these trials tend to exclude these type of lesions from enrollment so data are limited in this population. 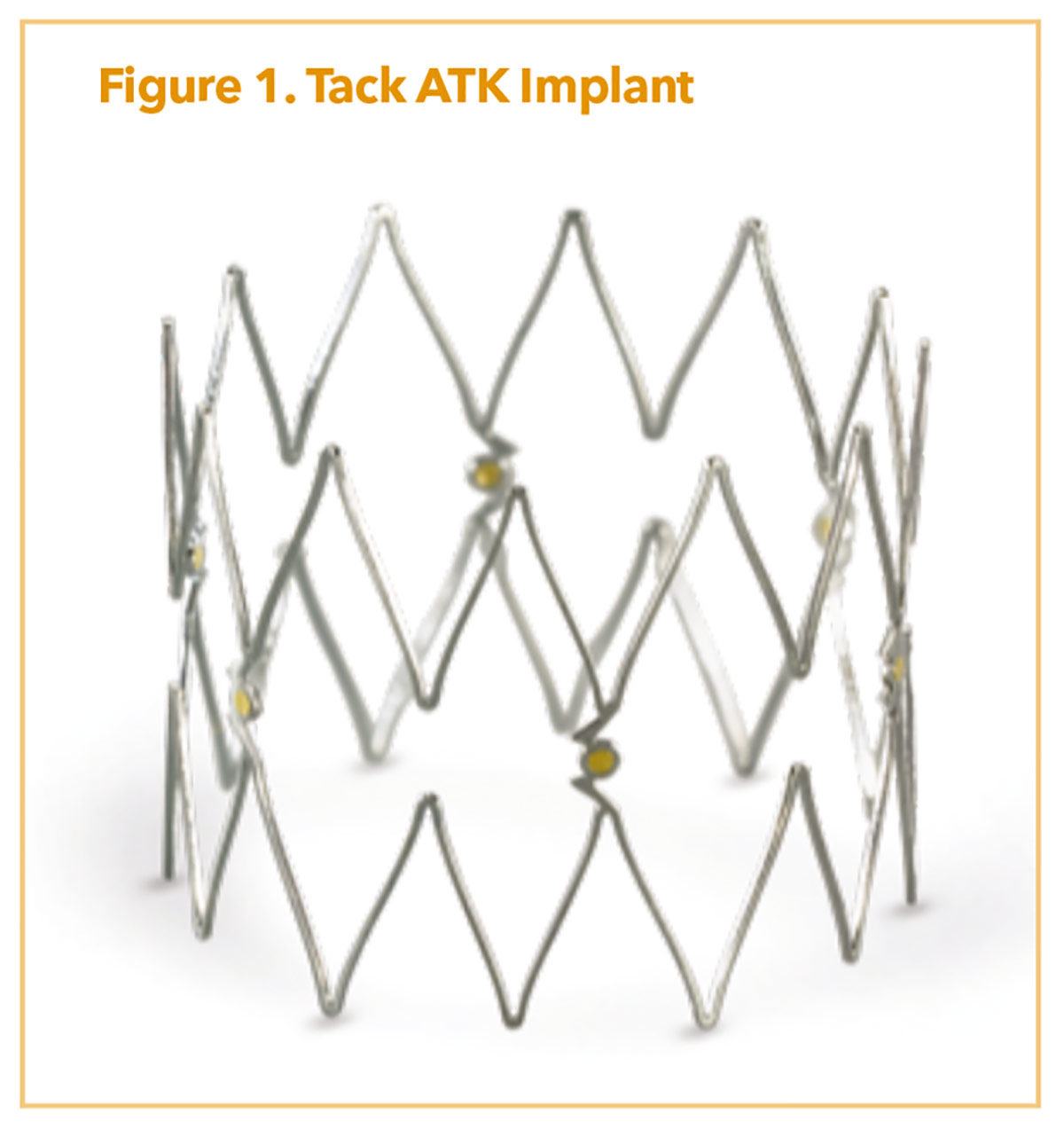 When dealing primarily with dissection, the Tack Endovascular System (Philips) is a purpose-built system for these lesion types, combining minimal metal scaffolding, a short implant (6-8 mm), and very low, outward radial force. The concept of the system is to provide enough force to keep a dissection tented open, but not so much to trigger a significant intimal hyperplastic response.

The ATK system comes in a first-generation offering with six implants (6 mm in length; 3.5-6 mm vessel diameter range) and a second-generation version with six implants (8 mm in length; 4-8 mm vessel diameter range) both on an 0.035" platform (Figure 1). This is a pin-and-pull system with a future racheting handle option in development. Two trials of import include the TOBA II IDE study which showed efficacy of the Tack system in femoro-popliteal dissections.17 TOBA III incorporated DCB technology and found significant improvements in both one year patency (95%) and freedom from clinically driven-TLR (CD-TLR, 97.5%) for ATK dissections treated with the combination of Tack and InPact DCB (Medtronic).18 The efficacy persists even in patients with longer lesions (150-250 mm) using less metallic scaffolding than with traditional nitinol stents.18 At 24 months, freedom from CD-TLR was 92.3% in the ≤150 mm lesion length group and 82.6% in the 150-250 mm group.19

The BTK Tack system consists of four implants (6 mm length; 1.5-4.5 mm vessel diameter) on an 0.014" platform. These can be placed in one or more tibial vessels or small popliteal vessels (P2-P3 segment). The TOBA II BTK IDE trial looked at dissections in patients with critical limb ischemia (mostly Rutherford 4-5), 47.6% of whom had chronic total occlusions.20 The implants were placed from the P2 segment of the popliteal artery down to near the tibiotalar joint. Tacked segment patency was 81.3%, limb salvage was 96.8%, freedom from CD-TLR was 83.1%, and amputation-free survival was 89.3% at 12 months.20 Even out at three years, TOBA II BTK reported 93.9% target limb salvage and 69.6% freedom from CD-TLR.21 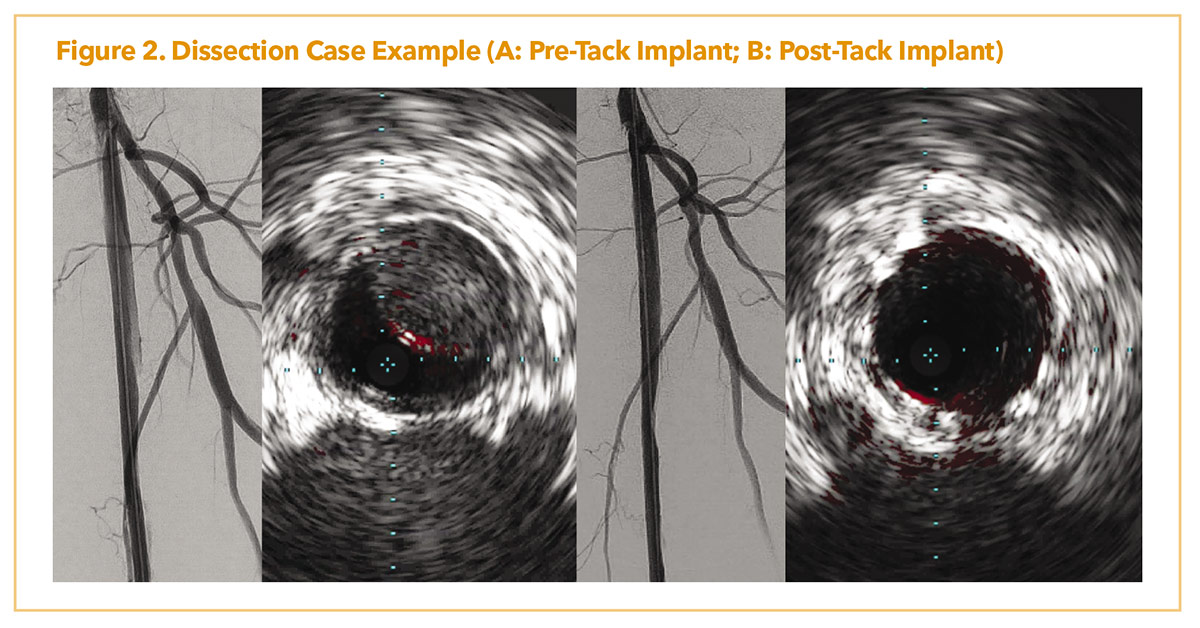 Join the conversation on Twitter using #PADawareness and tagging @ACCinTouch.

When deploying Tacks, ideally this should be done towards the end of the intervention as there is a small risk of migration due to the low outward radial force. This is an early phenomenon with good anchoring and endothelialization typically seen beyond 30 days. Avoiding repeated crossing of Tacks post-deployment (e.g., for distal intervention) can reduce scaffold deformation and movement out of their original positions. If this does occur, often simply stenting over the scaffold will allow it to be externalized and not impact the vessel lumen.

Post dilatation it is important to secure the Tacks, which have mid-scaffold anchors. Post-dilatation also can extract intramural hematoma and improve luminal expansion. Moreover, it is important to ideally use a balloon that is 1:1 with the wire used for deployment, to avoid "fish-mouthing" and inadvertent interaction with the scaffold. Typically it is good practice to watch the crossing through the scaffolds under live fluoroscopy to observe any wire bias and Tack interaction.

Avoid using Tacks across side branches as while there is low outward radial force, the longitudinal strength is high with the nitinol struts resistant to deformation. Culotte or other side-branch stenting techniques are less likely to be successful through these side struts.

While Tack restenosis in the prior studies was uncommon, in TOBA II the restenotic lesions tended to be shorter (TOSAKA 1) and outside of the Tacks.22 This suggests that reintervention is somewhat easier and can then be addressed with standard techniques including use of DCB or DES. A standard knuckle-wire technique will tend to readily cross through these short, restenotic lesions if they do occur.

There are multiple opportunities for targeted scaffolding with dissection therapies, but lesions rarely exist in isolation. Some pathologies may have more recoil and therefore a higher radial force Tack may be necessary. To mitigate the intimal hyperplastic response, perhaps antiproliferative coatings or drug elution may be required. Tacks with altered anchoring features may also reduce migration risk and allow for use in highly mobile segments, though Tacks showed no migration in the P2/P3 segments in the TOBA II BTK study.20 A longer Tack may allow for better scaffolding in diffuse dissection. Larger Tacks may afford dissection treatment options for other vascular beds including visceral arteries and the aorto-iliacs. 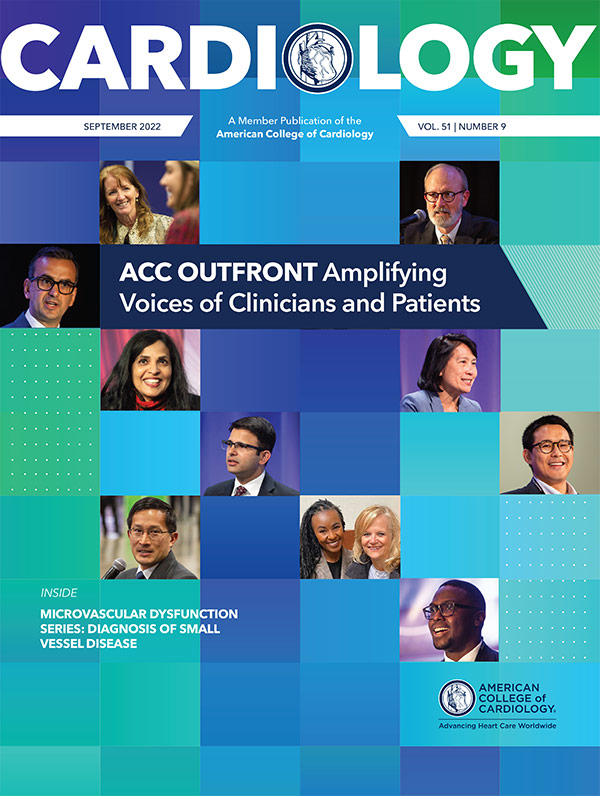 Feature | Building the Pipeline of Women Leaders: The Critical Role of the BOG

Feature | Rhythm or Rate Control – Still a Conundrum For Clinicians

'The Juggle is Real'

Perspective | Is it Time to Take Another Look at the Quality Improvement Movement?