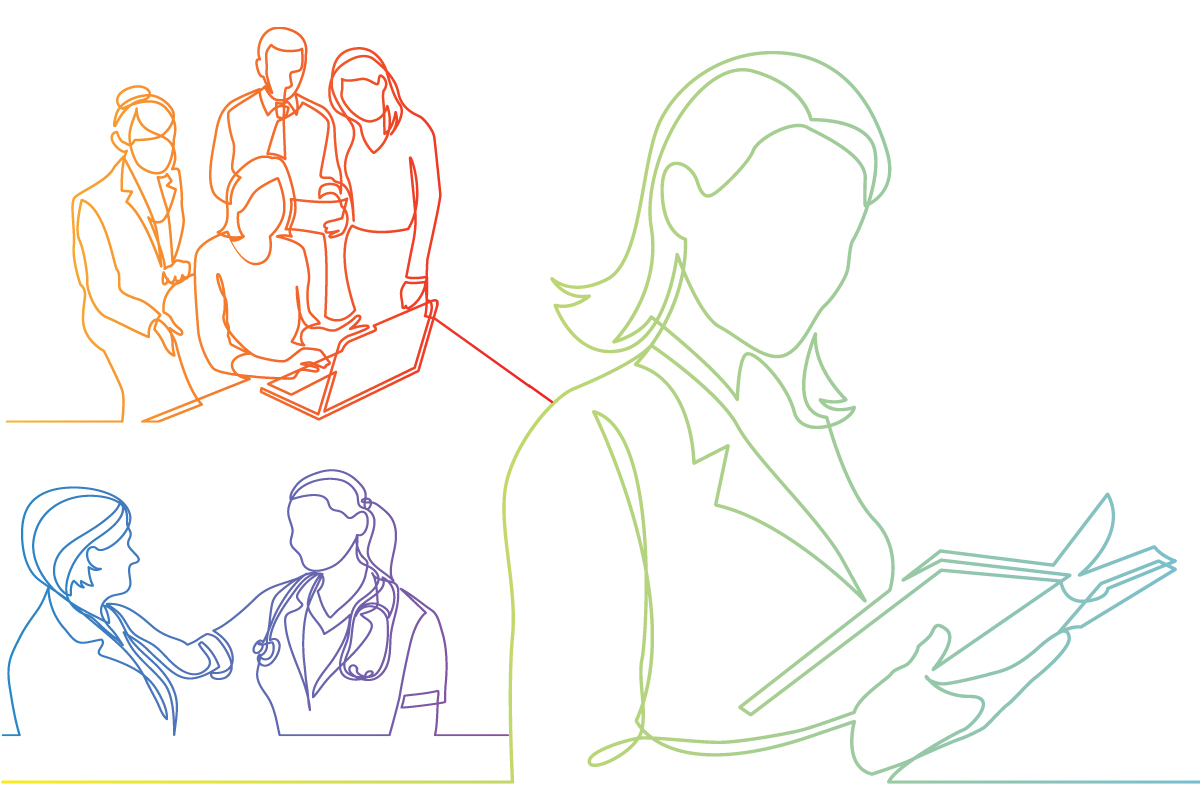 In the U.S., we say that heart failure is an epidemic. But globally, it is a pandemic, with an estimated 26 million people now living with the disease.

That number is expected to significantly increase in the next 20 years given aging populations and improved outcomes from other forms of cardiovascular disease.1 Incidence and prevalence rates vary widely, from about 1 percent in most Western countries to as high as 4.5 percent in Singapore and 6.7 percent in Malaysia.1

People in low- and middle-income countries like these also are likely to be diagnosed when they are 10 years younger than those in high-income countries; have a poorer prognosis; and experience a much higher inpatient mortality rate.2

In the U.S., heart failure is typically managed with a multidisciplinary approach across disciplines following evidence-based guidelines and incorporating the use of new drugs such as the SGLT2 inhibitors and sacubitril/valsartan, as well as the use of implantable cardiac devices and a major emphasis on lifestyle changes.

In many low-and-middle income countries, however, there is evidence of suboptimal management.2 To address these issues and bring the quality of care available in the U.S. to other countries, the ACC launched an international training program for heart failure nurses in 2017.

Funded by Novartis, the blended learning (online and live) education initiative is designed to empower international heart failure nurses by expanding their understanding of the disease's etiology and pathology, challenging their assumptions of evidence-based practices, and providing practical, clinically relevant care strategies and communication skills to care for this complex patient population.

The U.S. and the Rest of the World 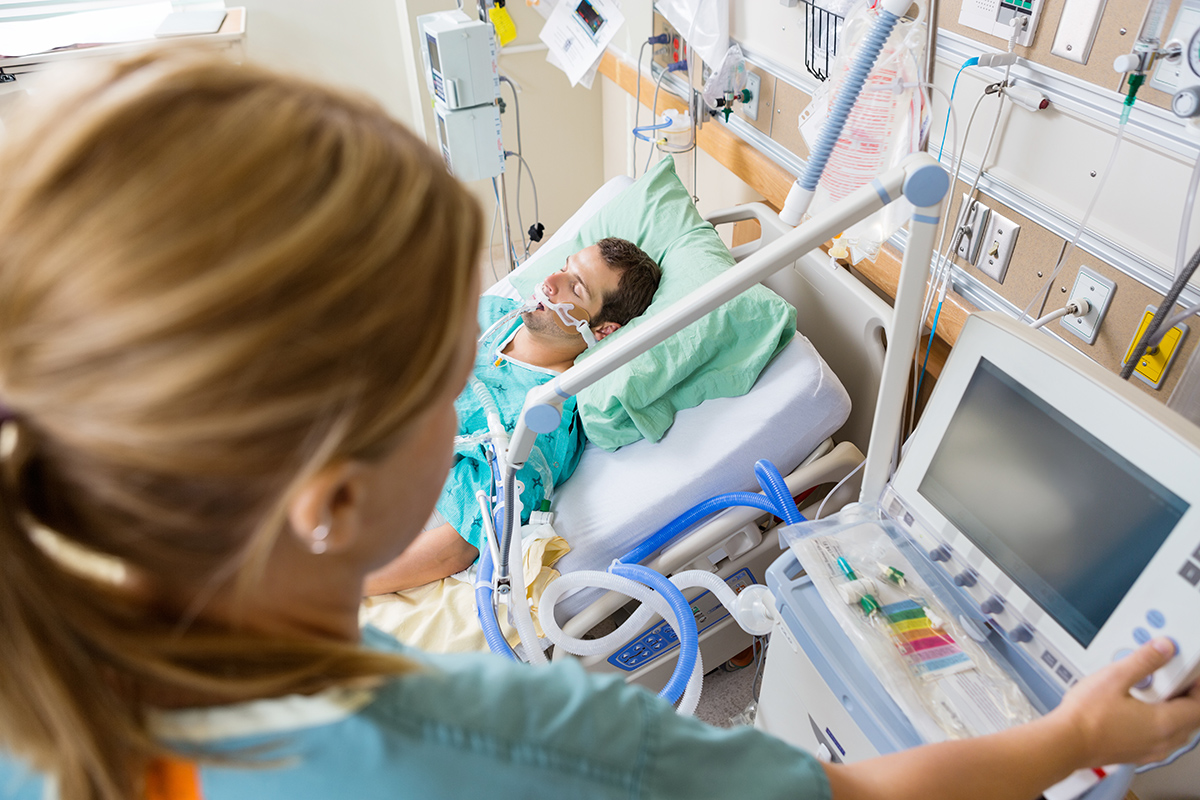 The variety of heart failure treatment programs they saw in different countries has been striking, shares Paul and Bither. For instance, Paul was particularly intrigued with the outpatient observation units she saw in Bogota, Colombia, where patients could be monitored overnight without having to be admitted. "That's pretty advanced," she says.

While participants definitely possessed the baseline knowledge about the disease, Bither notes, "Our goal is to bring up their knowledge because heart failure is an epidemic."

The education program is case-based, with presentations based on real patients Paul and Bither have treated. Participants work in small groups to identify an action plan, then present that plan to the group. "There's not always a 'right' answer," Bither says, "but it makes them think about what needs to be done rather than spoon-feeding it to them."

"It's really enlightening to them," Paul says, "because the nursing role, particularly in Asia and other parts of the world, is just doing what they're told." Hearing about the roles they could fill and how they could collaborate with physicians, she says, "was the highlight of the program."

Many of the nurse participants, Paul says, feared legal repercussions if they exceeded what they thought they were allowed to do under their scope of practice. "They couldn't even fathom that they could do more than the basic nursing functions," Paul says.

That's where it was helpful to have physician involvement. In each country, a heart failure cardiologist opened the program with an update on the status of the disease in their country. "The doctor often became the nurse's champion," Bither says, "telling them 'we can make some of these things work here.'"

Once, after a discussion about the higher-level assessments that are made by nurses in the U.S., a physician took Bither aside and said, "that's what we teach our fellows."

"Then you're underestimating your nurses," she replied, because the nurses participating in the program were able to complete the assessment during the case study exercises. 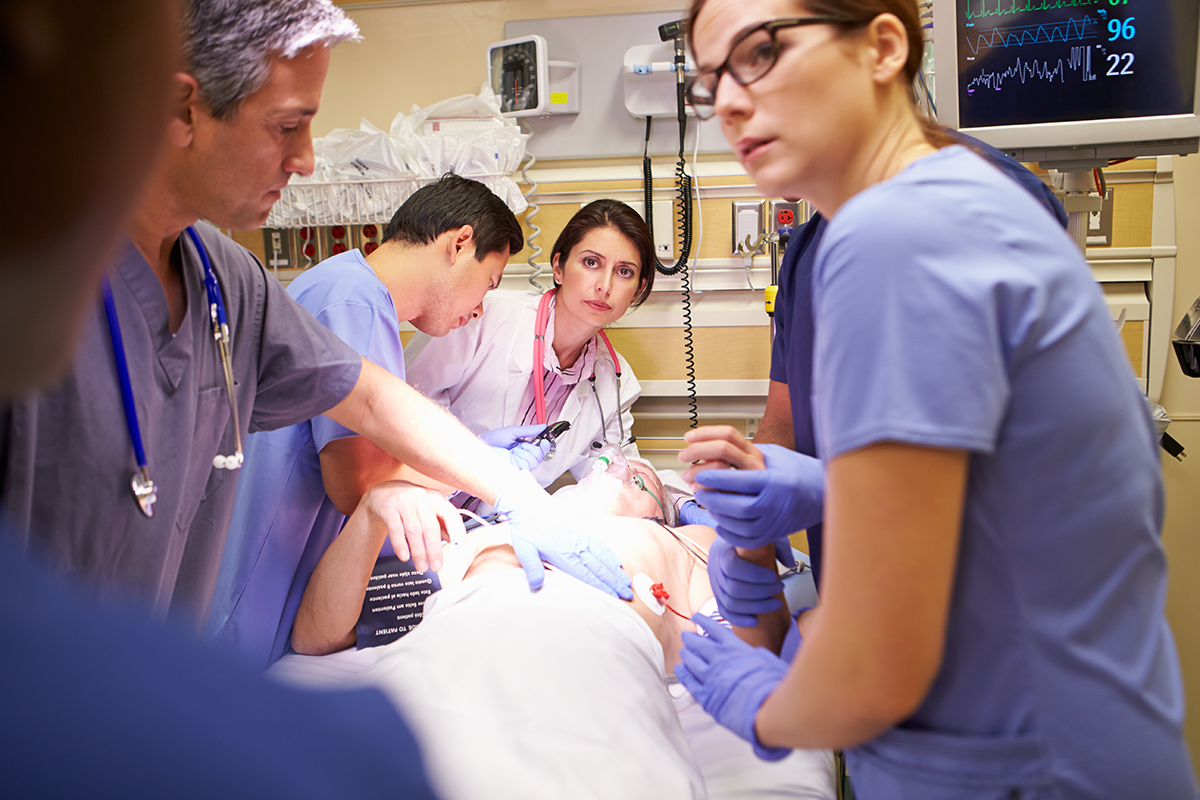 Overall, Paul says, "the physicians were very supportive of collaborating with nurses, and the nurses were surprised to hear that."

In fact, says Bither, in a couple of countries, such as Kuwait, "the physician was almost begging his nurses to get more empowered and thanking me for coming up with ways to make it happen, because there simply are not enough physicians in the country for the demand."

"That's why it's so important to build up the nurse's confidence," Paul says, "because heart failure requires a team approach and the physicians know that they can't take care of these patients alone."

This doesn't mean, the women state, encouraging the nurses to go outside their scope of practice. "We were teaching them to think, not to prescribe," Paul says. "Just to think critically about the situation."

For instance, questioning patients more closely when they call with symptoms could help them provide more succinct, valuable information to the physician, such as whether the patient's weight is up because of fluid overload or because of weight gain.

"You just have to know how to ask the questions so you can gather more data, better understand the symptoms, and share with the physician so you can collaborate on what the patient needs," Paul adds.

Addressing the Language and Cultural Barriers 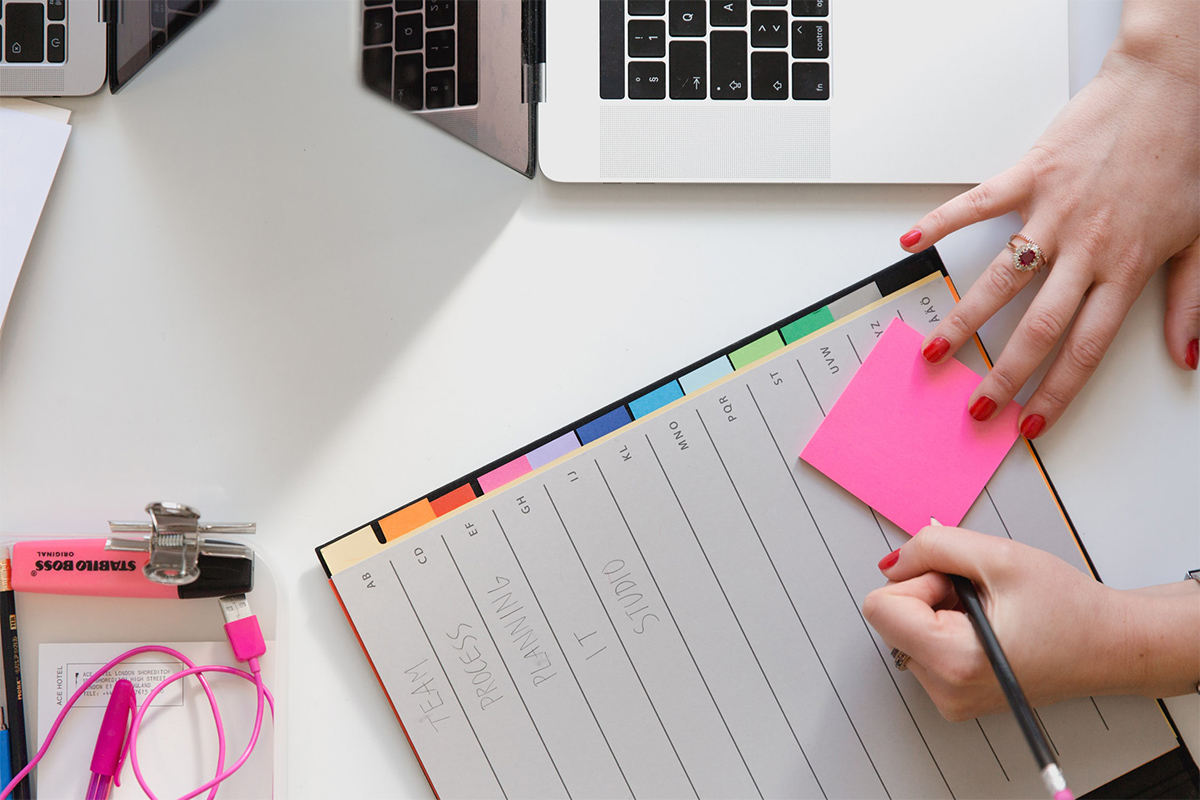 With few exceptions, participants spoke little if any English, and the nurses learned early on to use translators.

Even that sometimes posed challenges. "We'd try to throw some humor into our talks, but there'd be a 20-second gap between telling the joke and the laughter while it was translated," Paul notes.

They also found that in some countries the participants were embarrassed to ask questions out loud.

To overcome that cultural barrier, Paul and Bither gave participants sticky notes to write their questions on, then posted them on the board and had the interpreter translate.

"That was very nonthreatening for them," Bither says.

When they realized no one wanted to present the case studies, they came up with another solution: a prize for the presenter. 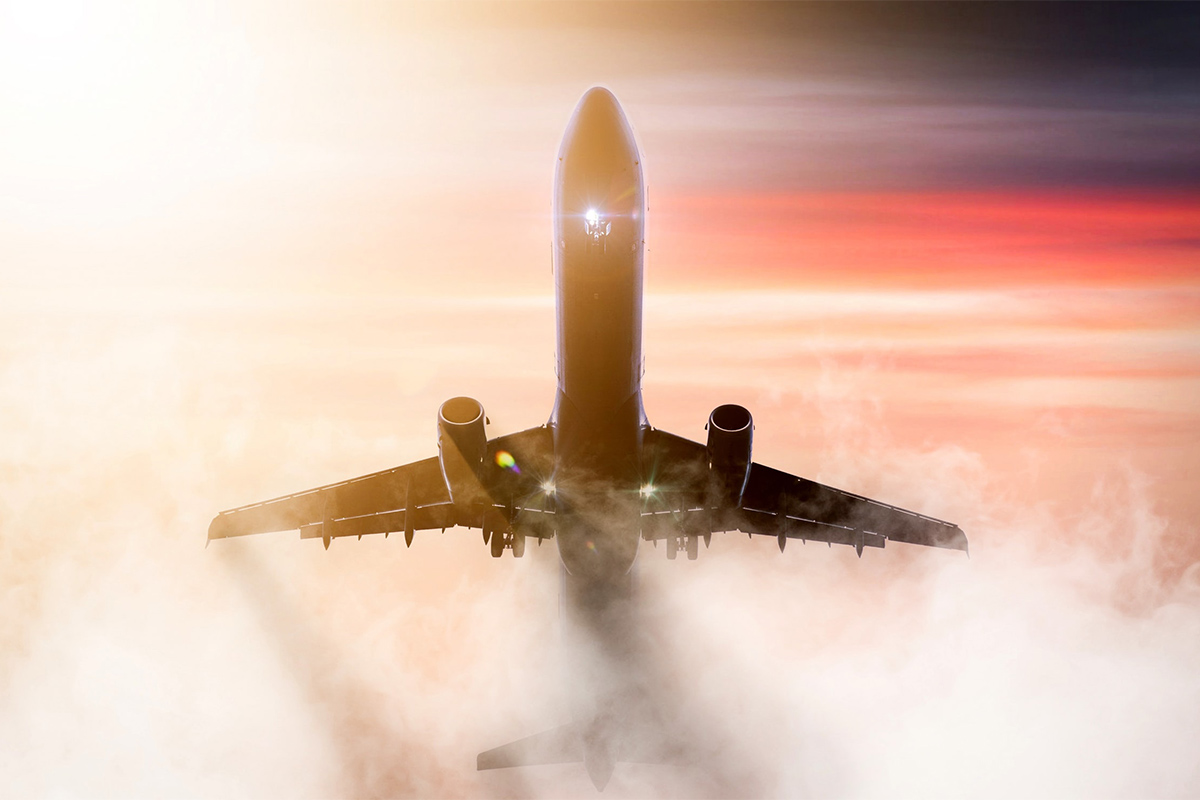 With three years and thousands of airline miles under their belts, Paul and Bither are starting to see the results.

In the Philippines, they say, small outpatient clinics began popping up on some remote islands after the training. "One representative there told us that they definitely saw better heart failure care after the nurses returned to their islands."

In Dubai, one nurse petitioned for a nurse navigator position, which she'd learned about through the training. "With the knowledge she gained she was able to become a navigator by showing the need and her skills," says Paul.

In Colombia, which the team has visited twice so far, "you could see the work Sara did the first time made a difference," Bither says "The nurses were thinking at a higher level and doing more triaging and troubleshooting."

The two also developed long-lasting relationships with some of the participants, including Min Hui Liu, PhD, a nurse practitioner and assistant professor at the Heart Failure Research Center in Keelung Chang Gung Memorial Hospital in Keelung City, Taiwan.

Although she has 20 years of clinical experience in cardiology, "patient needs and care outcomes motivate me to constantly learn and refine my professional skills to meet their needs," Liu wrote in an email about the program.

She said she participated to learn more about the very topics she deals with every day. "With different tools and educational strategies, after the training course, we can satisfy the needs of patients or clinical professional colleagues."

Liu struck the ACC nurses because she was already doing so much of what they were trying to convey. "She stood out to me more than any of the other nurses in her ability to function very independently," Paul says.

Liu has a close relationship with the physician she's worked with for nearly 20 years. They have a collaborative relationship and he trusts her judgment, so he is open to her suggestions about patient management, including the heart failure clinic Liu organized.

Learning From the Students

The education has been two-sided, Paul and Bither note. "We learn so much every time we go, seeing how nurses throughout the world adapt to their environment," Paul says.

"We come away learning a lot," Bither agrees. "I take so much for granted in the U.S. with what we have available and what we can do for patients. It hit me hard in Taiwan to realize that if you don't live in the city your care is really compromised."

Paul and Bither were also impressed to see how hard the nurses worked and how many patients they cared for at one time. "When we talk now about our nurses in the U.S. feeling overworked, we look at the nurses we taught and think, we've got nothing to complain about," Paul says.

They also learned that patient noncompliance is the same in any language, and that the frustrations they feel when their patients don't change their diet and lifestyle is universal.

Perhaps the most important thing they learned, Paul and Bither share, is that "no matter how different our countries are, the commitment of heart failure nurses to our patients and the passion for the work is the same."