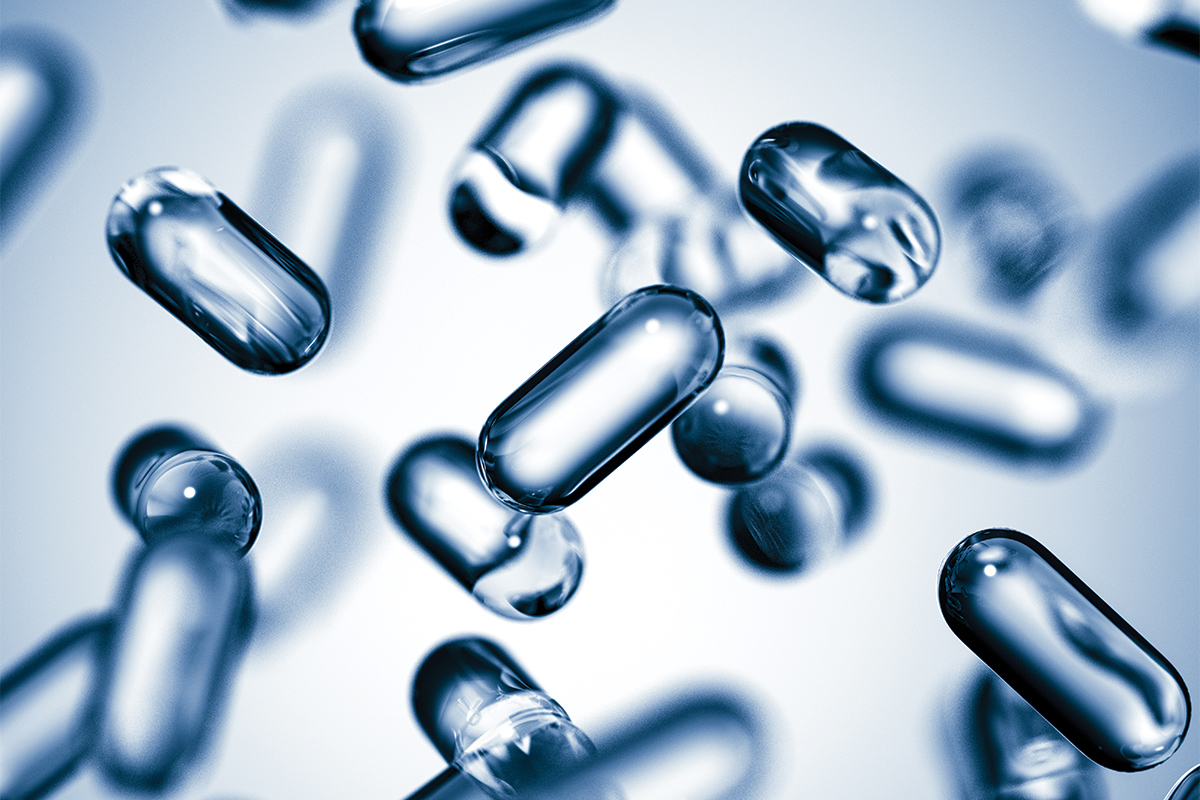 The evolution in the treatment of heart failure (HF) with so-called antidiabetic drugs continues to dominate the conversation at the major cardiovascular meetings.

At AHA 2019, more results from the DAPA-HF and EMPA-REG Outcomes trials with SGLT2 inhibitors help refine our understanding of the benefit of these drugs in patients with and without diabetes.

And the angiotensin receptor-neprilysin inhibitor (ARNI) sacubitril/valsartan continues to show benefit in event reduction in analyses of the PARADIGM-HF and PARAGON-HF trials.

When added to standard therapy, the SGLT2 inhibitor, dapagliflozin, reduced the risk of worsening HF events and cardiovascular death in patients with HF and reduced ejection fraction (HFrEF), both with and without diabetes, according to results of the DAPA-HF trial.

"We found that dapagliflozin reduced morbidity and mortality and improved symptoms overall in patients who had diabetes and also in patients who did not have diabetes," said principal investigator John J.V. McMurray, MD, FACC.

A total of 4,744 patients with HFrEF received dapagliflozin or placebo added to standard therapy. At a median follow-up of 18.2 months, the risk of cardiovascular death, HF hospitalizations and urgent HF visits was reduced with dapagliflozin (16.3 percent) vs. placebo (21.2 percent; hazard ratio [HR], 0.74; p<0.001).

Event rates for the primary outcome components were also lower with dapagliflozin vs. placebo: hospitalization for HF (HR, 0.70) and cardiovascular death (HR, 0.82). Patients who received dapagliflozin had better symptom scores than those who received placebo. 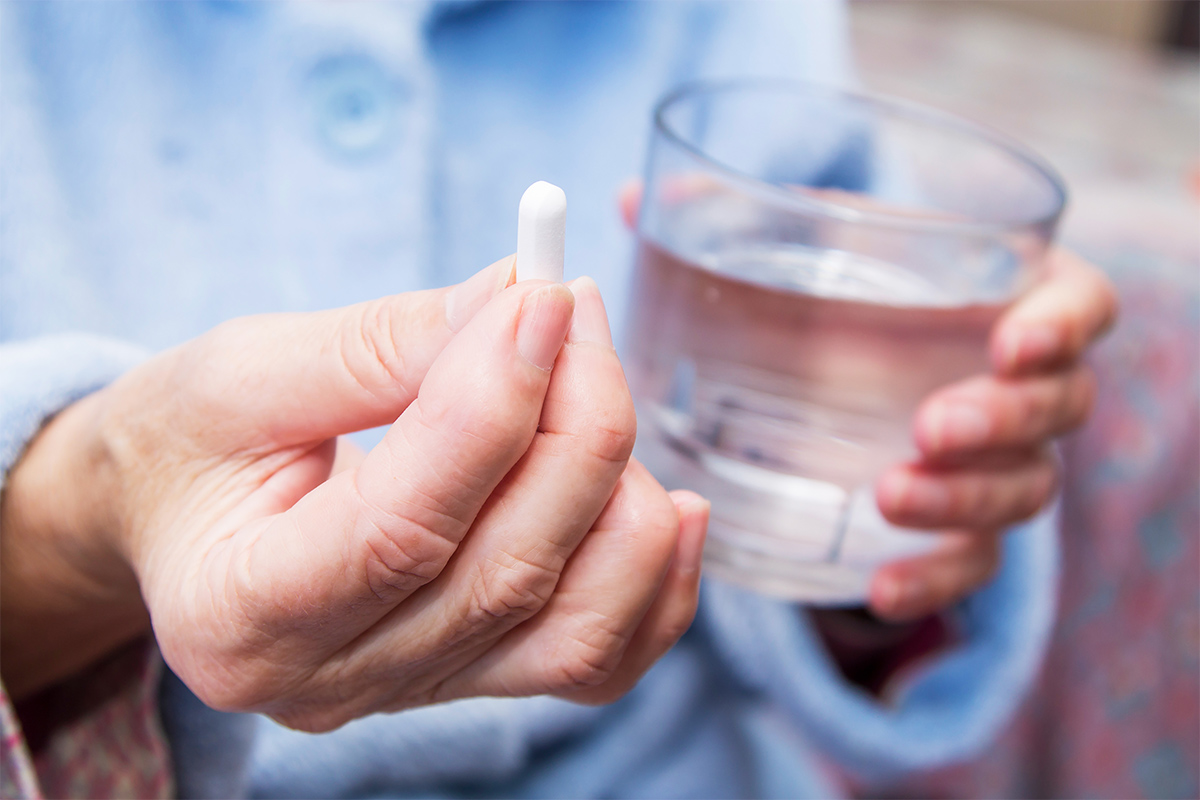 The results showed that the relative and absolute risk reductions in death and hospitalization were substantial, clinically important, and consistent in patients with and without diabetes.

"In addition, dapagliflozin was very well tolerated compared to placebo and in patients with diabetes we saw no evidence of hypoglycemia or of diabetic ketoacidosis," McMurray said.

The researchers concluded that dapagliflozin offers a new approach to the treatment of HFrEF in patients with and without type 2 diabetes.

In an analysis of health-related quality of life (HRQoL) in DAPA-HF participants, Mikhail N. Kosiborod, MD, FACC, reported that dapagliflozin provided a clinically important benefit on HRQoL as measured by the Kansas City Cardiomyopathy Questionnaire (KCCQ).

The researchers found that dapagliflozin "reduced death and HF hospitalizations across the range of baseline KCCQ scores, and improved symptom burden, functional status and QoL." Fewer patients on dapagliflozin had significant deterioration.

The authors concluded that "dapagliflozin significantly increased the proportion of patients experiencing small, moderate and large improvements in health status."

Another DAPA-HF analysis showed that the efficacy and safety of dapagliflozin were consistent across the range of participant ages, from 22 to 94 years. Consistent benefits were observed for the primary outcome and its components, all-cause mortality and symptoms. Adverse events were not significantly higher with dapagliflozin in any age group. 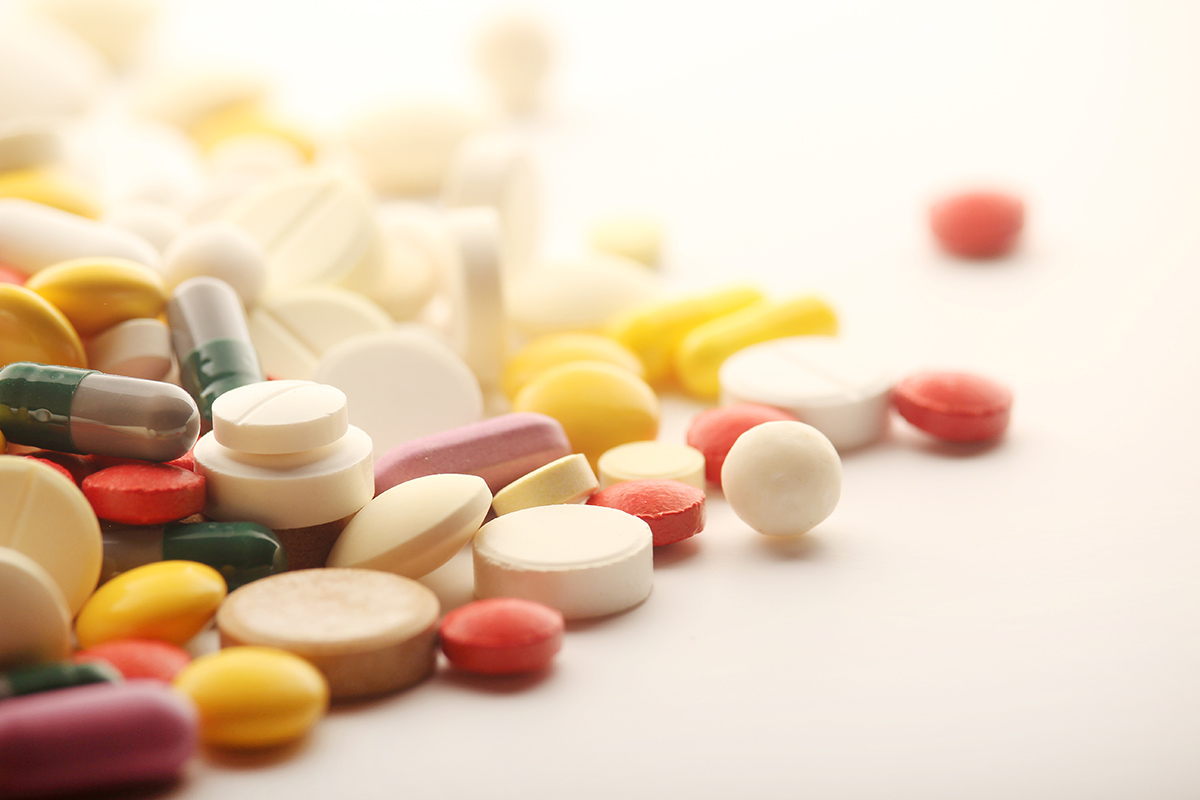 The researchers concluded that "our data clearly show that dapagliflozin has substantial, clinically important benefits in older as well as younger patients."

"Dapagliflozin joins a select group of heart failure interventions that improve mortality, reduce hospitalizations and improve HRQoL in patients with HFrEF," wrote G. Michael Felker, MD in an editorial on the DAPA-HF study. "Multiple ongoing studies will continue to fill out the picture of the role of SGLT2i's as a class in HF…including trials in patients with HF and preserved ejection fraction (HFpEF) and those hospitalized with HF."

Another SGLT2 inhibitor, empagliflozin, is superior to placebo for improving glycemic control and reducing cardiovascular events including mortality in patients with diabetes and established cardiovascular disease, according to results of the EMPA-REG Outcome trial, presented by Stefan D. Anker, MD, PhD.

A total of 7,028 patients were randomized to empagliflozin 10 or 25 mg or placebo. At 3.1 years of follow-up, the primary outcome of cardiovascular death, nonfatal myocardial infarction (MI), or stroke occurred in 10.5 percent of the empagliflozin group vs. 12.1 percent of the placebo group (HR, 0.86; p=0.04).

Results were similar for both empagliflozin doses vs. placebo. 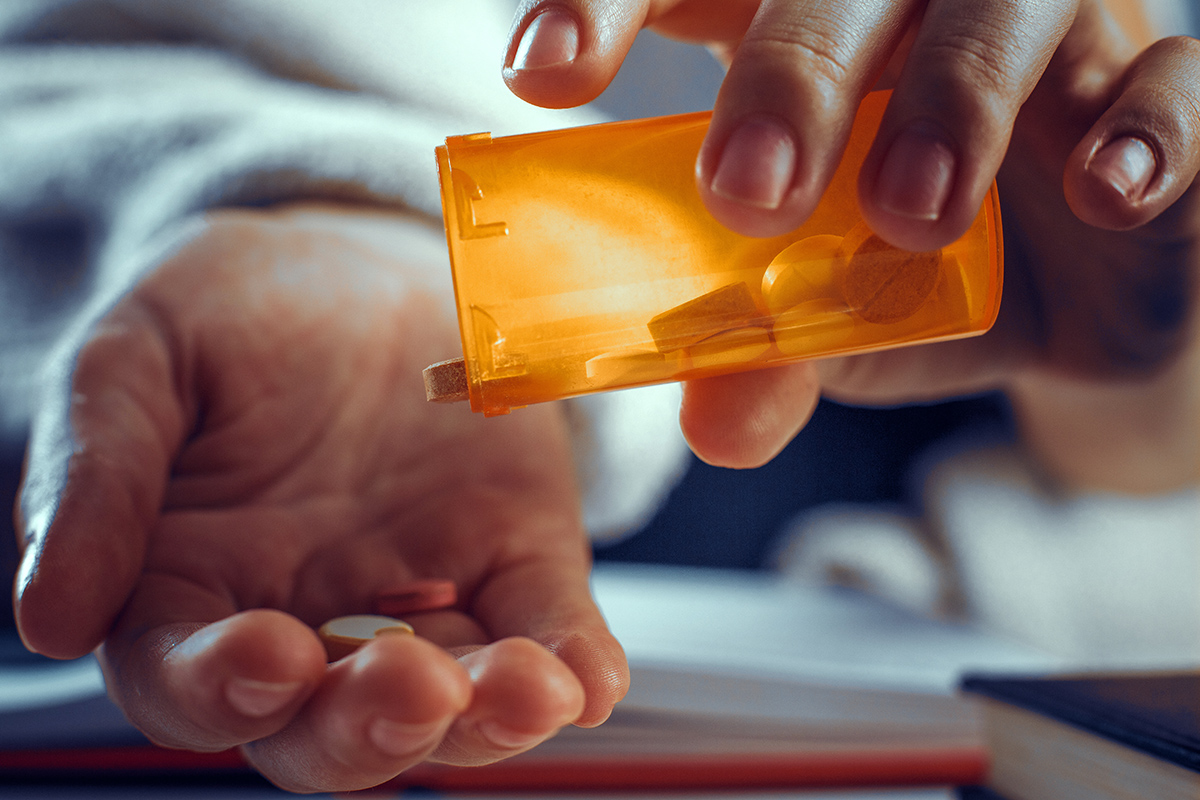 The PARAGON-HF trial investigators assessed the effects of sacubitril/valsartan on key clinical outcomes in women and men with HFpEF. The results showed that sacubitril/valsartan nonsignificantly lowered the composite of total HF hospitalizations and cardiovascular death compared with valsartan in patients with LVEF ≥45 percent (rate ratio, 0.87; p=0.059).

McMurray, et al., investigated the interaction between sex and the treatment effect of sacubitril/valsartan in a prespecified subgroup analysis of the PARAGON-HF trial, including 2,479 women and 2,317 men.

Women had a 33 percent relative risk reduction in first and recurrent hospitalizations for HF (p for interaction = 0.005 vs. men). The researchers concluded that sacubitril/valsartan seemed to reduce the risk of HF hospitalization more in women than in men.

In a post-hoc analysis of the PARAGON-HF trial, Muthiah Vaduganathan, MD, MPH, et al, assessed the risk of clinical events and response to sacubitril-valsartan in relation to time from last HF hospitalization. 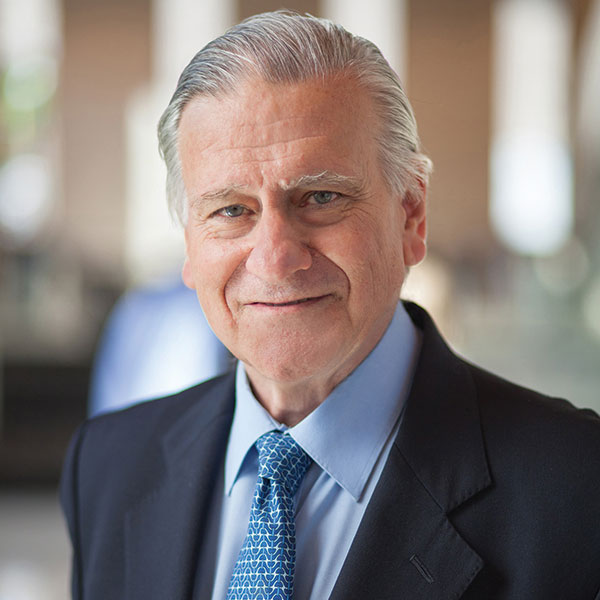 Get expert perspective and context on the ten top trials released during AHA 2019 including ISCHEMIA, DAPA-HF, RECOVERY, GALILEO and more in the ACC Cardiology Hour.

Fuster provides trial-by-trial commentary and leads the panelists in lively discussion to deliver key takeaways and the most relevant findings. Jump to video segments for an individual trial discussion or watch the full video below or browse past editions at JACC.org/CardiologyHour.

The authors concluded the data suggest that "recent HF hospitalization identifies patients with HFpEF at enriched risk for adverse outcomes that may be modifiable with sacubitril-valsartan."

According to presenter Scott D. Solomon, MD, FACC, a prespecified pooled analysis of data from 13,195 patients from the PARADIGM-HF and PARAGON-HF trials was performed to better understand the efficacy of sacubitril/valsartan in patients with HF across the LVEF spectrum.

The treatment benefit of sacubitril/valsartan was observed primarily among patients with LVEF below the normal range and declined as LVEF increased. Patients in the highest LVEF range had lower overall mortality and higher rates of noncardiovascular death. The treatment benefit appeared to extend to a higher LVEF range in women compared with men.

In a presentation on the use of SGLT2 inhibitors and angiotensin receptor neprilysin inhibitor (ARNI) in patients with HF, Clyde W. Yancy, MD, MSc, MACC, reviewed the definition of HF.

Another subset of patients with HFpEF >40 percent are those who previously had HFrEF. These patients with improved LVEF may be clinically distinct from those with persistently preserved or reduced LVEF.

Based on recent studies of guideline-directed medical therapy (GDMT) for HF, Yancy proposed an intermediate HF category – heart failure with midrange EF (HFmEF), stating that these patients' "characteristics, response to GDMT and outcomes appear similar with those of patients with HFrEF."

According to Yancy, foundational therapy to reduce mortality in patients with HFrEF should include an ARNI, ACE inhibitor or angiotensin receptor blocker, mineralocorticoid receptor antagonist, beta-blocker, and dapagliflozin.

Therapy for patients with HFmEF should include an ARNI to further reduce morbidity and mortality. He stressed the importance of optimizing and titrating current GDMT to optimally reduce risk. 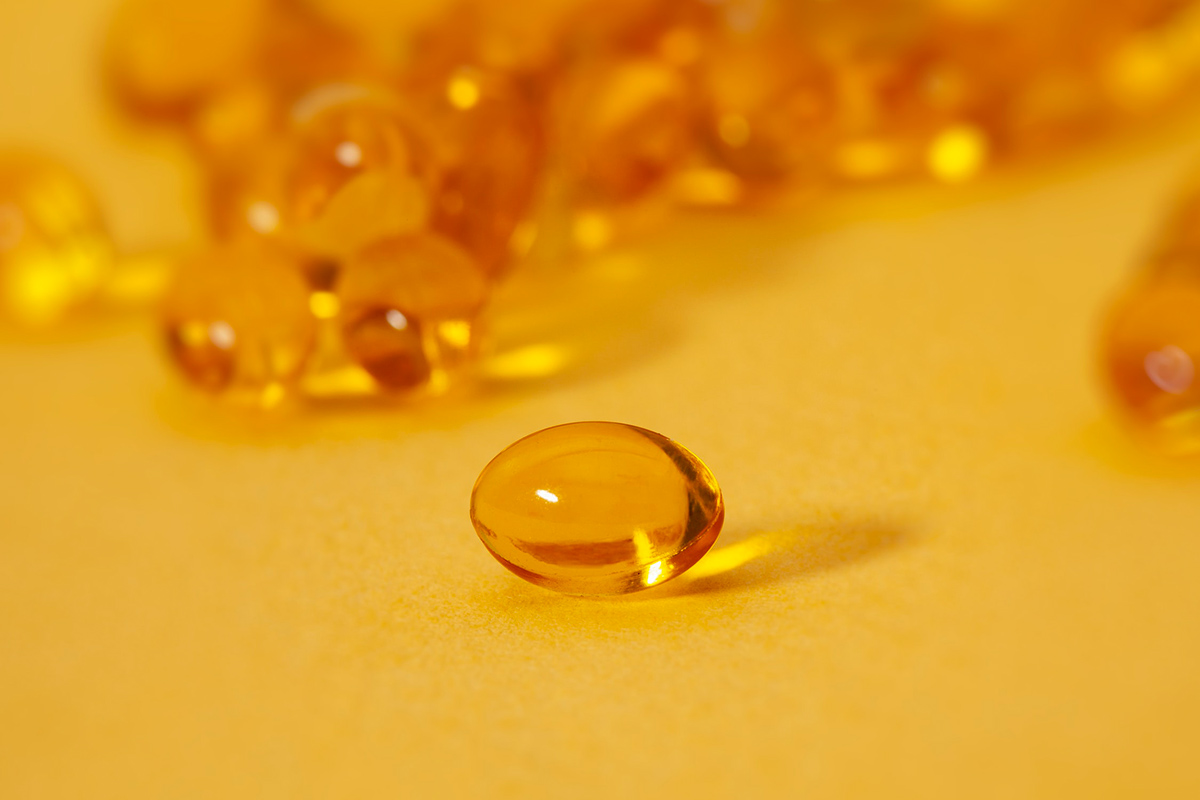 The VITAL-HF study evaluated the effects of vitamin D3 and n-3 fatty acid supplementation on the incidence of first hospitalization for HF in 25,871 adults. During a median follow-up of 5.3 years, 240 participants in the vitamin D group and 259 in the placebo group experienced their first HF hospitalization (HR, 0.93; p=0.41).

"Because allocation for advanced HF therapies occurs via conversations in group settings rather than through surveys, the influence of race on decision-making may be significant and should be addressed," concluded the researchers.

YOU ARE HERE: Home > Latest in Cardiology > Feature | Newer Drugs, Better Outcomes in Heart Failure: A Look at Results at AHA 2019