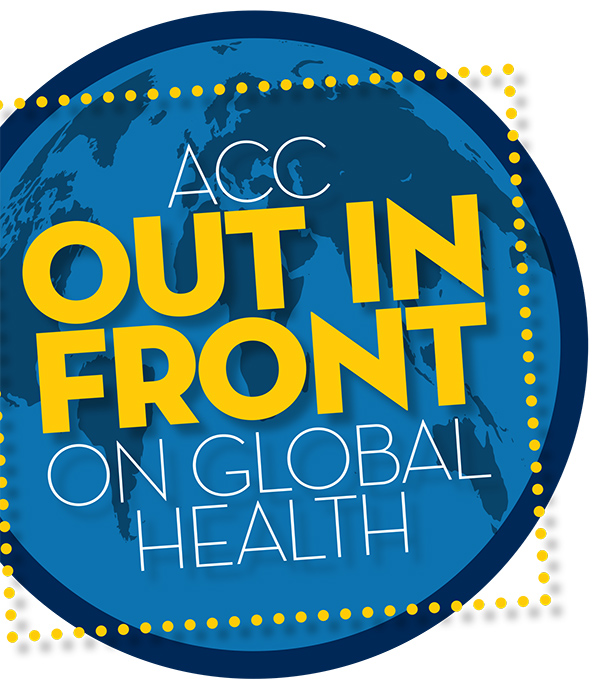 During a breakfast in Paris in the spring of 2018, Roxana Mehran, MD, FACC, and Marie Claude Morice, MD, FACC, made a promise. They would join forces to improve the working conditions for women in cardiology worldwide.

The two interventional cardiologists had long been involved with efforts to support women in medicine: giving talks, providing mentorship and spearheading initiatives to move the needle on making their specialty more supportive of women. But they still felt unsatisfied; progress was slow.

Recent research indicates these numbers are compounded by both the implicit biases ingrained in the culture of medicine, and explicit barriers such as the absence of support structures like adequate parental leave policies.

The resulting lack of diversity, and thereby missing talent pool, in cardiology has consequently been consistent for decades.

Mehran and Morice knew a different approach was needed. Although this issue was increasingly recognized by professional organizations, with many forming working groups, the lack of an aligned effort meant progress was lagging and inefficient.

Thus, they created Women as One.

An independent, nonprofit organization, Women as One works to promote talent in medicine by providing unique professional opportunities to women physicians. With a start in cardiology, the overarching goal of the organization is to unify the gender equity efforts across cardiovascular professional organizations, amplifying their messages and fortifying their programming.

"Developing strength in numbers is critical to our ability to succeed in reaching gender equity as a specialty," says Mehran. "We see organizations such as the ACC are making huge strides in the right direction. But what about other areas of the world?"

She asks how can we all work together on this. "By acting as an independent organizing body, Women as One can unite the world on this cause, shining a light on the amazing women in cardiology and providing support structures to uphold equity and drive professional opportunities across all groups."

One avenue for highlighting the work of women in cardiology around the world is the Women as One website, which houses a series of videos, blog posts and podcasts.

The podcast showcases her vision for the college, including her recent development of a women in medicine group aimed at mentoring and skill building for women physicians in Pakistan.

As one of the few female cardiologists in Pakistan, Samad is working to increase the number of women in cardiology and cardiovascular research in her country through collaboration with Women as One as an advocacy platform.

"The work at major academic institutions in lower-middle income countries is high quality, but often goes unseen," says Samad. "This makes opportunities such as the Women as One podcast series so important."

As chief of medicine one goal is to bring positive attention to that work through greater global engagement with the research in Pakistan and by highlighting research priorities. "This will also increase opportunities for women in this region to be successful leaders in science," she says.

Efforts are taking root in this effort to unite the world. In the U.S., Women as One is working with partners such as ACC's Women in Cardiology group who have been active partners. Global chapters of Women as One have been established in Bangladesh and South Africa.

Women as One is working with related regional groups in Japan, Argentina and Australia, among other locations. Social networking tools such as Twitter have provided a powerful assist in this outreach.

The Women as One Talent Directory, open to all female cardiologists worldwide, is a platform for capacity building by identifying and training female investigators.

Currently, women from 47 different countries and 11 cardiovascular subspecialties are registered in the sortable database featuring their professional profiles and interests. This free global resource shares the names and qualifications of women for speaking, research and other professional opportunities.

A global awards program is offered through the Talent Directory to escalate the careers of women in cardiology who too often go unnoticed. Future goals include growth of an international research network, customized working groups and even product partnerships.

"The hope is that we're able to accelerate change for women around the world," says Morice. "It's frequently suggested that the goal of efforts such as Women as One is to become obsolete. But we feel strongly there are new models of success that will be discovered and driven by women, and we're excited to see how Women as One can play a role in this change for the long term."

Learn more and get involved by visiting WomenasOne.org or reach out on Twitter @WomenAs1.

YOU ARE HERE: Home > Latest in Cardiology > Cover Feature | Women as One: Connecting the World on Gender Equity in Cardiology