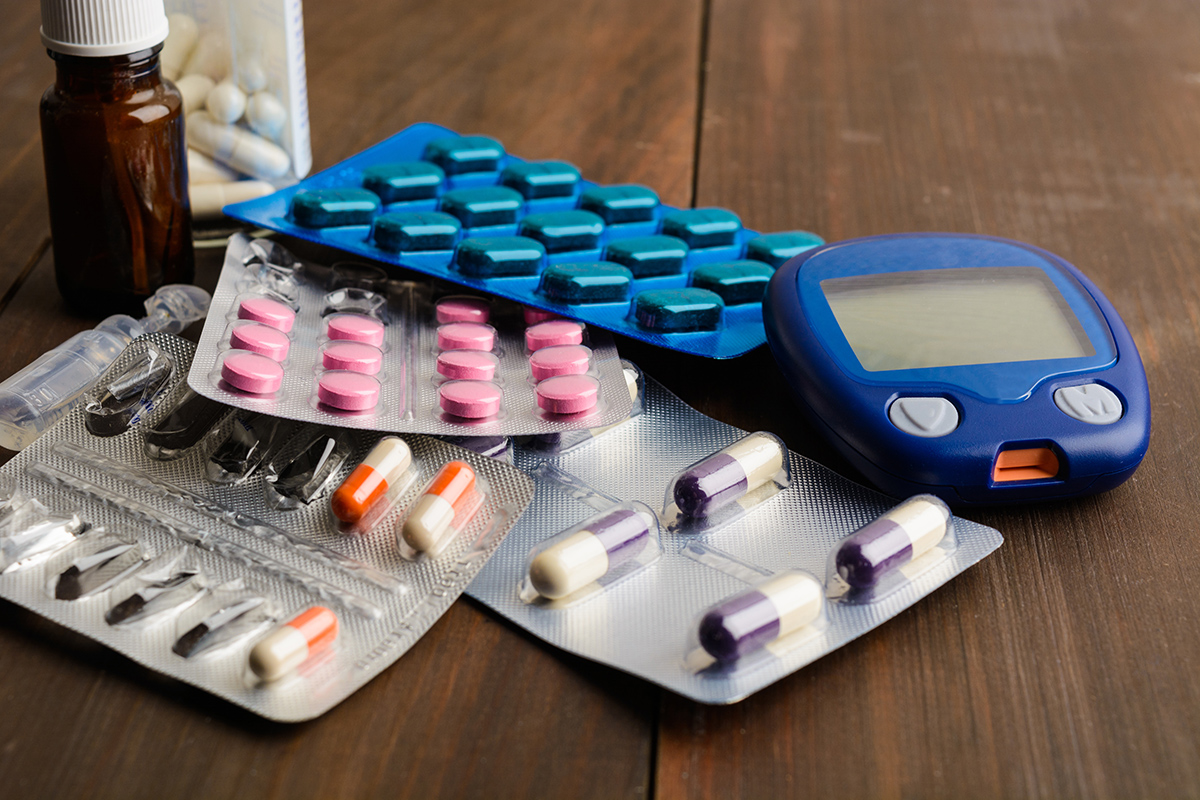 The evidence for the benefit of antihyperglycemic drugs in improving cardiovascular and renal outcomes continues to accumulate. Most recently, these data come from late-breaking clinical trials and trial updates presented at the 79th Scientific Sessions of the American Diabetes Association.

The analysis consisted of 4,401 patients with type 2 diabetes (T2D) plus chronic kidney disease (CKD), with a mean age of 63 years and average T2D duration of 15.8 years, who were followed for an average of 2.62 years.

No significant differences were seen in rates of amputation or fracture.

An acknowledgement of the new role of cardiovascular professionals in embracing the new antidiabetes drugs to treat their patients with T2D is the Joint ADA/ACC Mini-Symposium held at the ADA Scientific Sessions.

"The central focus of this collaborative symposium is to provide a cardiovascular outcomes perspective on treating patients with both diabetes and ASCVD," said co-chair Sandeep Das, MD, MPH, FACC. This means selecting drugs based on their anticipated effects on cardiovascular outcomes rather than just glucose control, he noted.

"In 2019, antihyperglycemic therapy should be outcomes-based," concluded Das. "Selected SGLT-2i and GLP-1RAs have been demonstrated to reduce MACE, and SGLT-21 reduce HF hospitalizations and chronic kidney disease. All of the SGLT-2 inhibitors studied have had pretty marked benefits."

For more on the changing paradigm in the treatment of T2D and ASCVD, check out the cover story from the June issue of Cardiology.

"We are excited for our patients about the magnitude of improvement in kidney and heart outcomes," said co-principal investigator Kenneth W. Mahaffey, MD, FACC. "The benefits were consistent in many different subgroups of patients. This is the first treatment advance for patients with T2D and CKD in nearly two decades."

The CARMELINA trial demonstrated the noninferiority of the dipeptidyl peptidase 4 inhibitor (DPP-4i) linagliptin vs. placebo with respect to cardiovascular and renal events. The study enrolled 6,979 adults with T2D; 57 percent with cardiovascular disease and 74 percent with kidney disease.

"These data are particularly important because it proves categorically the cardiovascular and kidney safety of linagliptin in those with T2D who are at high cardiovascular risk with some degree of associated kidney disease," said lead investigator Julio Rosenstock, MD.

Linagliptin was also noninferior to the sulfonylurea drug glimepiride in 6,033 adults with early T2D and increased cardiovascular risk or established cardiovascular disease, as shown in the CAROLINA trial. After a median 6.3 years of follow-up, there were no significant differences between the drugs for cardiovascular events (hazard ratio [HR], 0.98). A significantly lower risk for hypoglycemia was observed with linagliptin vs. glimepiride (HR, 0.23).

"Although we hypothesized that we would potentially see differences in cardiovascular outcomes when we directly compared linagliptin and glimepiride, we saw none, and we're now in a position to provide a clear answer to vindicate sulfonylureas, at least glimepiride, from the old cardiovascular stigma," said principal investigator Rosenstock.

"Dapagliflozin appeared to robustly reduce the risk of MACE in patients with prior MI," said Stephen D. Wiviott, MD, FACC, in a presentation reviewing the results. "The 22 percent risk reduction is comparable to other established therapies used in secondary prevention, like dual antiplatelet therapy and intensive lipid lowering."

The risk of hospitalization for HF was significantly reduced by 29 percent among patients with prior MI and 25 percent in those without prior MI.

A subanalysis of DECLARE-TIMI 58 renal endpoints found a 47 percent reduction in the composite of kidney function decline, ESRD or death in patients with predominantly preserved renal function. "We found that patients treated with dapagliflozin had significantly reduced frequency of composite cardiorenal and renal-specific outcomes compared with those in the placebo group," concluded Ofri Mosenzon, MD, MSC.

The efficacy of the glucagon-like peptide-1 receptor agonists (GLP-1 RAs) dulaglutide and semaglutide to reduce cardiovascular events in T2D was again demonstrated by the REWIND and PIONEER trials.

In REWIND, the injectable dulaglutide was superior to placebo in reducing MACE in 9,901 patients with T2D, including 69 percent without prior cardiovascular disease. After a median 5.4 years follow-up, the rate of MACE was 12.0 percent with dulaglutide vs. 13.4 percent with placebo (HR, 0.88; p=0.26) Dulaglutide also reduced HbA1c by about 0.6 percent, weight by 1.5 kg and blood pressure by 1.7 mm Hg.

The reduction in cardiovascular events was observed in a wide range of patients with diabetes regardless of sex, baseline cardiovascular disease, age or HbA1c level.

In PIONEER 6, semaglutide – the first oral GLP-1RA – was noninferior to placebo in reducing MACE in patients with T2D and high cardiovascular risk, with a 21 percent reduction in risk (noninferiority p<0.001). In other PIONEER trials in its program, oral semaglutide was superior to oral glucose lowering agents for reducing HbA1c.

"By eliminating the barrier of an injection, oral semaglutide has the potential for widespread use in the treatment of T2D, including in high-risk patients with cardiovascular disease and chronic kidney disease," said lead investigator Mansoor Husain, MD.

YOU ARE HERE: Home > Latest in Cardiology > Feature | ADA 2019: Growing Body of Evidence For CV, Renal Outcomes With Diabetes Drugs