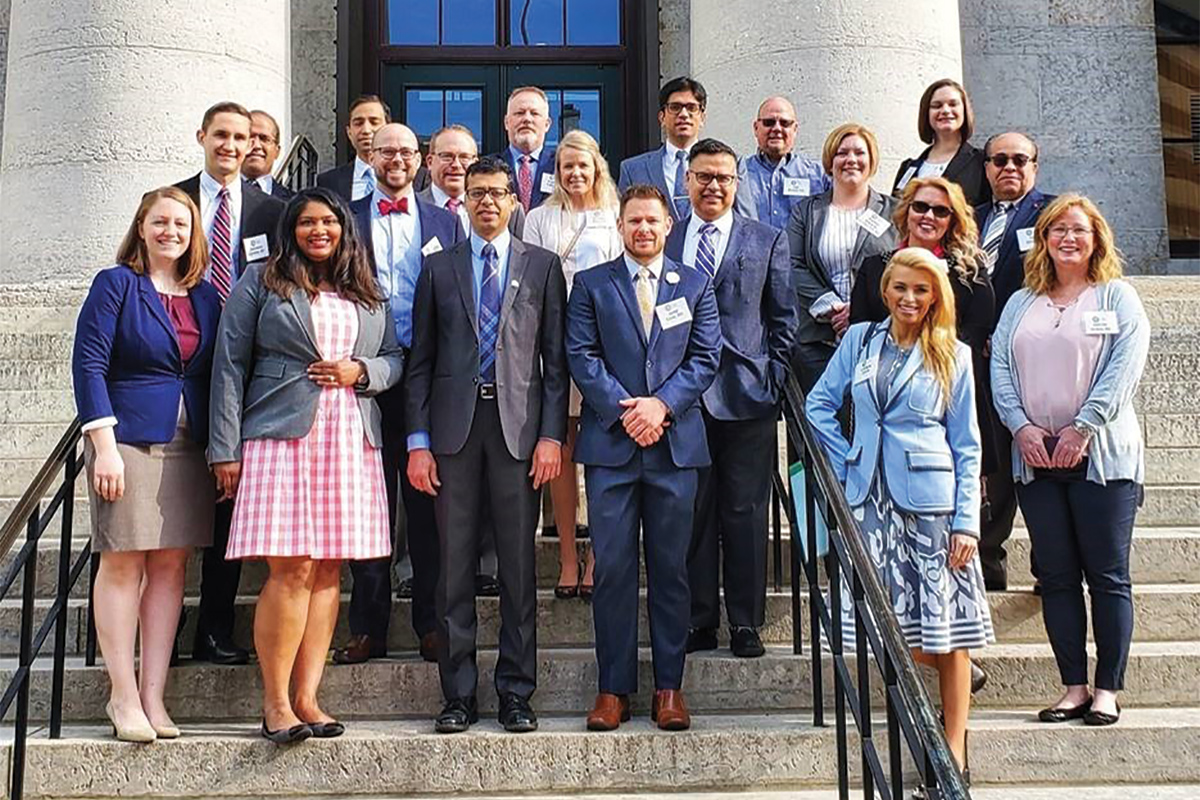 ACC Grassroots in Action | Your ACC continues to make headway in state-based advocacy efforts, working in concert with state ACC Chapters. This year, eight Chapters held their own lobby day, with many others participating in coalition events with the American Heart Association and state medical societies and/or others. ACC members sent 925 letters to state officials and met with 200+ state legislators on issues ranging from vaping to CPR in schools.

Tobacco 21 Continues to Sweep the Nation

Tobacco 21 legislation continues to gain traction across the country, thanks to efforts by ACC Chapters to engage lawmakers and prioritize this issue in 2019. States that have passed Tobacco 21 this year include Arkansas, Connecticut, Delaware, Illinois, Maryland, New York, Ohio, Texas, Utah, Vermont and Washington, making for 18 states total alongside 500+ cities and counties that have increased the legal purchasing age.

State Victories For Prior Authorization Reform

Prior authorization legislation supported by your ACC's Virginia Chapter unanimously passed the House and Senate and was signed by Gov. Ralph Northam, MD. The bill makes critical reforms to streamline prior authorization for medications and surgical procedures.

Your ACC's Kentucky Chapter made prior authorization a priority and worked hard to engage lawmakers and urge passage of legislation that will ensure Kentuckians have access to necessary treatments and medications.

Your ACC's Washington Chapter was able to get a chapter-sponsored prior authorization bill introduced that would create a demonstration project to promote the use of appropriate use criteria for cardiac diagnostic imaging procedures.

ACC Washington Chapter Gov. Eugene Yang, MD, FACC, and others worked tirelessly to garner support from lawmakers and the house of medicine. They will continue to build upon these efforts in 2020.

Learn more about your ACC's prior authorization efforts at ACC.org/PriorAuthorization. Scan the QR code to get involved in grassroots efforts in your state.

The Maryland General Assembly unanimously passed a bill allowing Registered Cardiovascular Invasive Specialists technologists who meet certain standards to serve in cardiac catheterization labs. The bill's passage was the culmination of an 18-month effort by your ACC's Maryland Chapter members, including cardiovascular team members and led by chapter governor, Joseph Marine, MD, FACC, who met with lawmakers, testified in committee and sent 250+ letters urging support of this legislation.

Earlier this year, your ACC's Michigan Chapter worked with stakeholders to pursue a comprehensive approach to regulating e-cigarettes. These efforts paid off when Gov. Gretchen Whitmer issued the nation's first executive order banning the sale of flavored vaping products.

Governors in California, Massachusetts, New York, Oregon, Rhode Island and Washington would later join Michigan in response to the youth e-cigarette epidemic and outbreak of vaping related illnesses around the country.

The legislation also raises taxes on e-cigarettes and associated devices to 75 percent of wholesale and increases access to cessation services. Massachusetts is the first state in the country to pass such comprehensive legislation.

Pennsylvania Gov. Tom Wolf signed a bill requiring high school students to learn CPR prior to graduation. The law, supported by your ACC's Pennsylvania Chapter, requires the Pennsylvania Department of Education to provide a curriculum to schools that would teach "hands-only" CPR, as well as address the use of automatic external defibrillators (AEDs). Pennsylvania is the 40th state to pass "CPR in Schools" legislation.

Momentum on many of the hot button issues in 2019 will continue into 2020, especially tobacco control and prior authorization reform. Efforts to authorize PCI in ambulatory surgical centers are emerging at the state level as well.

While CMS has added CPT codes for angioplasty and stent PCI to the Ambulatory Surgery Center Covered Procedures List for 2020, laws and regulations in some states – such as certificate of need or facility licensure requirements – may continue to present barriers to implementation.

Legislation and regulatory changes are already being considered or will be introduced in some of those states next year. Your ACC State Government Affairs team will continue to work with ACC state chapters and other stakeholders to ensure patient safety and quality remain central to these proposals.

YOU ARE HERE: Home > Latest in Cardiology > Heart of Health Policy | What Was Hot For the States in 2019